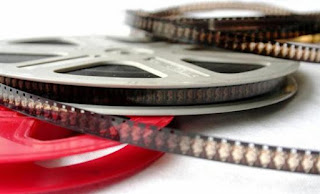 The first Greek documentary dedicated to the Kung Fu (Kung Fu) premiere in January…
In particular, in Thessaloniki, in the theatre of the Cultural Center of Toumba stadium, on 23 January in Athens, in the history of cinema Î‘Î»ÎºÏ…Î¿Î½Î¯Î´Î±, on 29 January, will highlight the new feature-length film documentary “On the edge”, the director Christos N. Karakasi.
Central person the teacher (SIFU) Kyriakos Eleftheriou, founder of the gymnastics and philosophical group TAO CLUB Chalandri of Attica Group of Martial Arts, contributes to the establishment of the modern Greek Kung Fu Federation.
Kung Fu is a sport that is inspired by the movement of nature, has the power of the sport, and the grace of dance, the momentum of the wild sea and the calm of philosophy, combining the wisdom and the ÎºÎ¹Î½Î·ÏƒÎ¹Î¿Î»Î¿Î³Î¹ÎºÎ­Ï‚ conquests centuries.
Tao in chinese is the road and transport the road of life, a road with many branches that to choose the right thing needs to be preceded by a philosophical fermentation.
In his note, the director says: “A sensational splash in the body and in the spirit that it starts with simple exercises and culminates in complete self-control. It is worth to be seen and to meet people, that while they live next to us, they manage to become mystics through the stressful urban landscape and at the same time, it is our calling to share with us her knowledge and skill. People of all ages change their lives and their thinking when they start the Kung Fu is not a simple sport, but a philosophical movement.
Entry to the screenings is free.