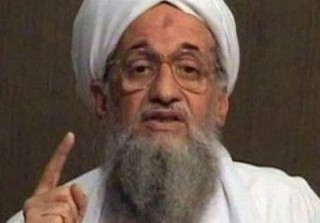 The head of al Qaeda Ayman al Zawahiri has accused his opponent and head of the Islamic State Abu Bakr al ÎœÏ€Î±Î³ÎºÎ½Ï„Î¬Î½Ï„Î¹…
he’s lying about the battle that gives the organization founded by Osama Bin Laden.
In the audio message, which was translated into English by the american center for monitoring Ï„Î¶Î¹Ï‡Î±Î½Ï„Î¹ÏƒÏ„Î¹ÎºÏŽÎ½ site (SITE), the Egyptian al-Zawahiri also repeated calls for attacks “as a priority” against the U.S. and its allies.
The head of al-Qaeda railed originally against “the campaign of manipulation of facts, fear and intimidation (…) in which, unfortunately, is involved, and Ibrahim al-Bantry (Abu Bakr al ÎœÏ€Î±Î³ÎºÎ½Ï„Î¬Î½Ï„Î¹)”.
“Spreading lies about us, saying that we renounce the tyranny (…), praise the (ousted islamist president of Egypt Mohammed Morsi (…) and that I have asked christians to become allies of us,” complains al-Zawahiri.
The head of al-Qaeda also refutes the charges of the al ÎœÏ€Î±Î³ÎºÎ½Ï„Î¬Î½Ï„Î¹ that al-Qaeda is not fighting against the shia.
“In one of my speeches (…) gave you a written order for an attack against the military forces, the police and the security forces of Iraq, which is the majority of ÏƒÎ¹Î¹Ï„Î¹ÎºÎ­Ï‚, as well as against the ÏƒÎ¹Î¹Ï„Î¹ÎºÏŽÎ½ militias,” said al-Zawahiri.
Finally, in his message the head of al-Qaeda attacked once again against the united states: “we Call upon the mujahideen (…) to launch jihad against America and its allies as a priority, where they can act”.
The two organizations, al-Qaeda and the Islamic State, considered a rival and they have different tactics and strategies, mainly in Syria, Iraq and Yemen.