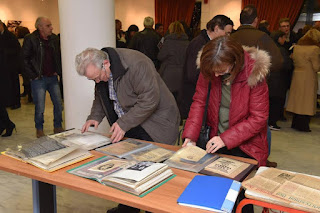 A crowd of friends of the cinema and culture was found, despite the bitter cold, Wednesday, 14 December 2016 at the…
Municipal Theatre of Pefki, in response to an open invitation to the Film Club Pine celebration of 10 years of.
The Film Club Pine was founded in October 2006 and since then with steady steps operates in the cultural life of the region. This reminded the public of a video, which was screened at the beginning of the event.
Then the Club President, mrs. Elli Mitsi, welcoming the guests mentioned in the course of these years, the moments, the images, the faces and designs.
158 films (short / feature-length, animation, fiction and documentary) were screened during the 10-year-old movies, not easily find the shopping street distribution, making the audience a partner in historical events, social issues, and, of course, the cinematic output of other countries.
84 films was a Greek production while viewed movies from France, Germany, Spain and the Czech republic to Argentina and Cape verde.
“The views of the Club grow, entertain, perplex, add.”, he stressed mrs. Mitsi. As he said, “this effort, based primarily in a voluntary offer, need moral support, meaningful empowerment and economic aid.” while expressed thanks to all those who participated a lot or a little in the actions and the work of the Club.
“A lot of friends, many friends â€“ anymore â€“ supporting the dissemination of film art and strengthen this effort in many ways.
Thank you very much to all.
Our thanks is not just a word, it’s meaning from the heart and is addressed tonight to every one and everyone more or less contributed to the result of the action of all these years.”, mentioned characteristics.

In closing, ms. Mitsi mentioned in the future, saying, “Today, as it ends, and this year, the 2026 seems quite remote. In the next 10 years, however, we can all continue to add and create.” winning the warm applause of the public.
The Mayor of Likovrisi â€“ Pefki mr Tassos Mavridis, who is an active member of the Club, greeted the event. The Mayor congratulated the board.P. Film Club for the qualitative effort, which said helper. Closing heralded the creation of an open summer cinema, something that pleased everyone.
Mr Mavridis he was subsequently awarded by the President of the Film Club Pine plaque. Similarly the deputy mayors Evangelos Papanikolaou and Nikolaos Î“ÎºÎ±ÏÎ±Î²Î­Î»Î±, in pr. consultants Agriculture Î Î¿ÏÎ¹ÏŽÏ„Î¿Ï… â€“ Î§ÏÎ¿ÏÏƒÎ¿Ï… and Anna Î‘ÏƒÏ€ÏÎ±Î´Î¬ÎºÎ·, who attended.
At the event were present the directors Yannis Soldatos and Elijah Josephides, the Chairman of the Federation of Cinematographic Clubs Greece (The.K.L.E.) mr. Dimitris ÎšÎ±Î»Î±Î½Ï„Î¯Î´Î·Ï‚, President of the Film Club, Heliopolis and Vice-president of the Municipal Council of Ilioupoli.
Mr. ÎšÎ±Î»Î±Î½Ï„Î¯Î´Î·Ï‚ made comprehensive reference to the contribution of Film Clubs (about 60 per Greece), which form a living cell of education and culture for each city while especially flattering were the words of the Film Club Pine.
Mr Josephides by then greeting stated that the board of directors are grateful to Cinema Clubs, as well as perform a special task, that of viewing films in a special audience.
The event “adorned” musical the well-known composer and initiator of the creation of a Film Club in Rafina Plato Î‘Î½Î´ÏÎ¹Ï„ÏƒÎ¬ÎºÎ·Ï‚ with his guitar, Daphne Panourgias with the velvety voice of the great cellist of the Athens State Orchestra and the Orchestra of Colours Manos Hadjidakis, Stelios Î¤Î±Ï‡Î¹Î¬Ï„Î·Ï‚, while the clarinet was promising Stefania Harisis.
Then in the Multipurpose Room of the Municipality of Likovrisi â€“ Pefki “Manolis Anagnostakis” were invited to a small reception, with the support of the chain Super Markets Î£ÎšÎ›Î‘Î’Î•ÎÎ™Î¤Î—Î£.
In the same place worked at the same time exposure of film material from the Archive of the first President of the Film Club Pine late Thanks Î“ÎºÎ·Ï„Î¬ÎºÎ¿Ï…, noble o, and bid his wife Angela and daughter Alexandra.
The event was graced also by the presence of the President of the New york.E.D.D. the Municipality of Likovrisi â€“ Pefki “IP.A.E.” Marina Stavraki â€“ Î Î±Ï„Î¿ÏÎ»Î·, the President of the Foundation, Lambrakis and the son of the late mr G. Lambrakis, the Chief of Nursing Service For.E.D.Y. Health unit Tucson and President of the Civil Non-Profit Association “I WANT” Corina Î›Î¹Î¿ÏÏ„Î±, the former deputy mayors George Î›Î±Î¶Î¬Î½Î·Ï‚ and lemon Tree Î¤ÏƒÎ±Î½Ï„Î®Î»Î±, the President of the Association of Women of Likovrisi â€“ Pefki Vicki Gold, the President of the Movement of Citizens Likovrisi Christos Papadiamantis, the President of the Association of asia minor in Pefki â€“ lykovrysi area “Ionia” George Î“Î±Î¶ÎµÏ€Î¯Î´Î·Ï‚, the President of the Î•Î¾Ï‰ÏÎ±ÏŠÏƒÏ„Î¹ÎºÎ¿Ï â€“ Cultural & Sports Association of Likovrisi â€“ Pefki “Aristotle” Lefteris Î“Î¹Î±Î½Î½Î¿Ï…Î»ÏŒÏ€Î¿Ï…Î»Î¿Ï‚, members of the D.P. the above Associations and representatives of other. 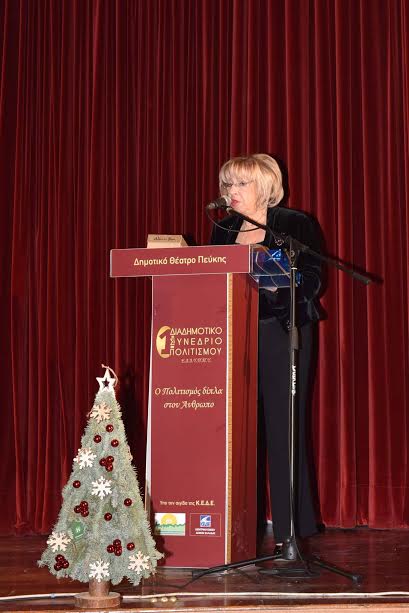 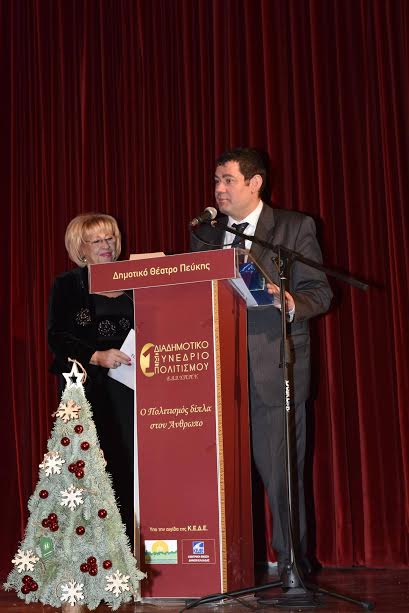