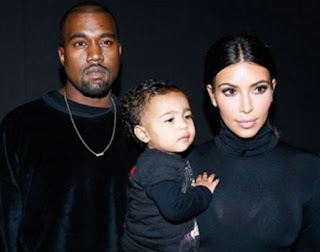 Just two weeks after the birth of their son, Saint, family, West made her first exit, together with the new state…
Kim Kardashian appears to now gives all her energy to her family, and grew up even more, and of course, the lens of the paparazzi immortalized happier and fresher than ever, despite the fatigue of childbirth, who passed very recently.
In her first public appearance, after the arrival of the second child, the 35-year-old star was accompanied by Kanye West, the two-year-old daughter, North, but also little Saint. The famous family did the rides, with Kim holding in her arms her daughter, while the proud father, Kanye, carrying the car seat carrying his newborn son. The two parents seem to be sailing in seas of happiness, now that their family was completed for the well, while they avoided to be captured by the photographic lens with the little guy, which should be soon, now… Kim is this. The two children seems to have changed its priorities and at the forefront of its concern, but… ah, the good old habits don’t change.
Source