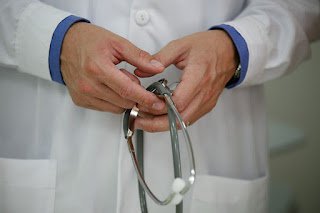 Read the announcement: “The year closed, and was adopted finally by the act of legislative content (WHO – 184 A 30.12.15) identification of the official to extend the contract with the doctors of EOPYY for the second half of 2015 and for the new year.
Recall that, after retention of working, was the commitment of the current Minister of Health that had been pending since the beginning of August, which had pointed out repeatedly, the consequences of the legal vacuum, to stop payment of the doctors of EOPYY. We should emphasize that the unpaid doctors of EOPYY remain unpaid for the whole Î’ÎµÎ¾Î¬Î¼Î·Î½Î¿ of the year closes, collecting the spectacular negligence of the Ministry, unprecedented in the annals of the establishment of the Agency. All the other providers of the Agency have been paid, and in September of 2015, except for therapists doctors.
The economic damage caused to the contracted physicians in the collaboration with the VILLAGE this year is obvious, if taken into account the unimaginable obligation to issue an invoice for uncollected amounts, which dissipates any revenue from the cooperation with EOPYY, in physicians who practice living.
The version of GG 2816, (B) extreme and unnecessary, Ï…Ï€Î¿ÎºÎ¿ÏƒÏ„Î¿Î»ÏŒÎ³Î·ÏƒÎ·Ï‚ of laboratory tests is a deterioration in the quality of health services, tombstone for the operation of diagnostic laboratories and delivery of PHC, north of the monopoly “super market” of health.
Because the political decisions have led to a deep break of confidence of doctors in the context of operation of EOPYY, as well as taste systematically the daily disdain of them, we are informing you that the ENI-EOPYY will be demonstrated hereinafter referred to as the zero tolerance on time commitments and the contractual obligations of the Agency.
We demand the immediate repayment of the visits of two months (the 7th and 8th/2015) in January, and the repayment of other two months (9th and 10th/2015) in February, and the immediate restoration of the financial flow. The performance of medical procedures / laboratory tests shall have full regularity in the payments.
Finally, we disclose that was tabled today multi-page out-of-court statement â€“ protest of ENI-EOPYY on behalf of hundreds of our members, for the non-performance of arrears of the Organization at risk to be cancelled.
There will soon be lawsuits against the Greek State.
For the Board of directors
The President, The Secretary-General
Anna ÎœÎ±ÏƒÏ„Î¿ÏÎ¬ÎºÎ¿Ï… Christos Lift”