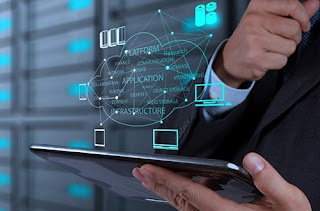 Huge benefits, which translated into the massive amount of $100 trillion by 2025, can bring to the global economy and society, the so-called â€œFourth Industrial Revolutionâ€, that of digital technology. In this amount assess the so-called â€œdigital dividendâ€ for the planet the World Economic Forum, in his study, which was carried out in cooperation with Accenture, and was presented at the meeting in Davos.
As established by the investigation, the digital transformation, which already runs horizontally all sectors of the economy, it will have the largest impact on society and secondarily in the business. â€œThe total value for the society and industry by digitisation, which, already, is happening in all sectors, could generate more than $100 trillion by 2015, with the society to gain more in connection with the businesses,â€the report of the World Economic Forum.
The study examines in detail the combined effects of the new digital technologies, such as mobility, cloud, big data analytics, artificial intelligence in society.
As an example of a subscription of the digital â€œrevolutionâ€ in society, says the rational use of resources. In the electricity sector it is estimated that the cumulative reduction of carbon dioxide emissions, which translates to savings of $867 billion by 2025, could be achieved with the adoption of digital technologies. Overall, the digital transformation in the electricity sector are estimated to return as a dividend of more than $1,3 trillion in the industry and most of the $1,7 trillion in society in the period of 2016 – 2025.
Logistics
The analysis of the World Economic Forum concludes that the adoption of new digital technologies in the field of Logistics can generate additional value to $1.5 trillion for the same industry sector. In addition, at $2,4 trillion estimated the social benefits from the digital transformation of the field of Logistics.
Another example of social value, which produces the digital transformation, according to the study, is the widespread adoption of self-propelled vehicles, which could save up to 1 million lives a year around the world, with the horizon of 2025.
Digital transformation has greater value at stake for society than industry

Source: World Economic Forum
Innovation
The World Economic Forum in his study, wanting to emphasize the dynamics of the â€œFourth Industrial Revolutionâ€, notes that, while the companies of the index â€œFortune 500â€ it took an average of 20 years, to arrive at valuations of billions of dollars of startups in the digital technology had achieved this milestone in just four years.
The research finds that, from the moment you remove the limitations that hinder the mass-commercialization of digital technologies, the pace of this will accelerate further. Be noted that the 4th Industrial Revolution – which was, in fact, the technology – was the central theme at this year’s session of the World Economic Forum in Davos.
Source