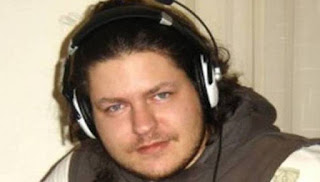 How officers arrived at mom and stepfather…
From the first moment that the police in Kozani have started looking for the case of the murder of 23Ï‡ÏÏŒÎ½Î¿Ï… student of Kostis Polyzos, they understood that his mother and his stepfather had to do with the death. And yet despite the fact that the data was a lot, justice has taken five years to result in the issuance of warrants.
The computer of the student was the first clue that led the police to the victim’s mother, in her statement said that her son before he disappeared he was at home, and downloaded games from the computer. However, when the police brought in forensic laboratories the computer found that the question hour had become absolutely no use of it.
In addition, the more creepy for the cops it was when it was found buried in the field the body of the student.
The stepfather never mentioned to the cops that this field was his own, while his wife took care to clean the next day of the disappearance with Î±Ï„Î¼ÏŒÎºÎ±Î¸Î±ÏÎ¹ÏƒÏ„Î® the house. Also, the alleged perpetrators have washed and they sold the truck they had. The area was an open secret that the mother and the stepfather had killed the student, with the result that the climate is too rough for them and, ultimately, to move to Athens together with the 13-time, then their son and they all live together in Eleusis. The motive of the murder, according to the police investigation was the “usufruct” of a loan of eur 250,000, which he had taken in the name of, the young.
The murder happened after an intense family argument, on the occasion of the bad economic management of the mother and stepfather of Kostas Polyzos, with the signing of the 23-year-old as the guarantor of The time of the crime Was 18 February 2011 when the 23-year-old student of Kostis Polyzos disappears. The questions about what happened remain unanswered for a long time. Around 11:30 he came out from the house of his childhood friend Spyros, which is located across the street from his own. Was in there for about 3.5 hours.
A neighbor saw him entering his own home. At home was only his mother and his 12-year-old then half-brother. In accordance with what he had told his mother, when she came back she was in a good mood and played for a while with his brother on the computer. On 26 September 2011 in a rural area that belongs to the family of his stepfather, identified his body from hunter. The murder of the young man got published, mainly due to the continuously research and emissions of Angelic della reese.