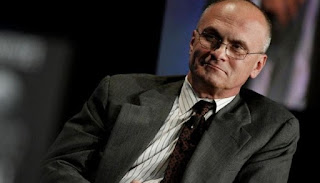 The businessman has been selected…
from the president, Donald Trump for the minister of Labour admitted that it employed as a maid for an irregular immigrant, according to reports in several us media.
Similar revelations had led in the past to reject candidates of ministers.
As transmits the Athenian Agency, Andrew Î Î¬Ï„Î¶ÎµÏ, ceo of the chain fast food CKE Restaurants Inc., is one of several candidates for ministers of the government Trump to which they are opposed to the Democratic senators and many progressive organizations. He has been criticized vehemently the regulation on overtime, which promoted the government of Barack Obama, and disagrees with the increase in the minimum hourly rate to $ 15.
Last week, an assistant of the Committee on Health, Education, Labor and Pensions stated that it will not be scheduled a hearing for the ratification of the appointment of the Î Î¬Ï„Î¶ÎµÏ until they are sent to the Senate the documents from the Ethics Committee. Political analysts point out that this may mean that the Î Î¬Ï„Î¶ÎµÏ will face problems.
Many media outlets reported late Monday night in an announcement issued by the Î Î¬Ï„Î¶ÎµÏ on the housekeeper, who was employed for a number of years. He supported, inter alia, that he did not know that the woman had a legal permit to work in the united states. “We finished (p.p. together with his wife) immediately on the employment and we offered her help to gain legal status,” noted. She added that they have paid the appropriate taxes, for the employment of domestic help, so the irs (IRS) and the State of California.
The statement was relayed by the Huffington Post, the New York Times and other media.
In the past, similar problems associated with the employment of illegal immigrants had faced other candidates ministers. Linda Chavez, who had been proposed for the ministry of Labour by George Th. Bush in 2001 withdrew her candidacy when it was revealed that allowed a woman from Guatemala, who was in the U.S. illegally, living in her house and pay for various household tasks. Zoe Baird, nominated for the ministry of Justice on Bill Clinton, he also retired because he had hired two irregular migrants (a chauffeur and a nanny and had not paid employer’s contributions. Another candidate of the Bush administration, Bernard Kerik (was going to take over the department of Homeland Security 2004), has been withdrawn because it raised questions about whether they were legally in the country, the housekeeper and the nanny of his children.