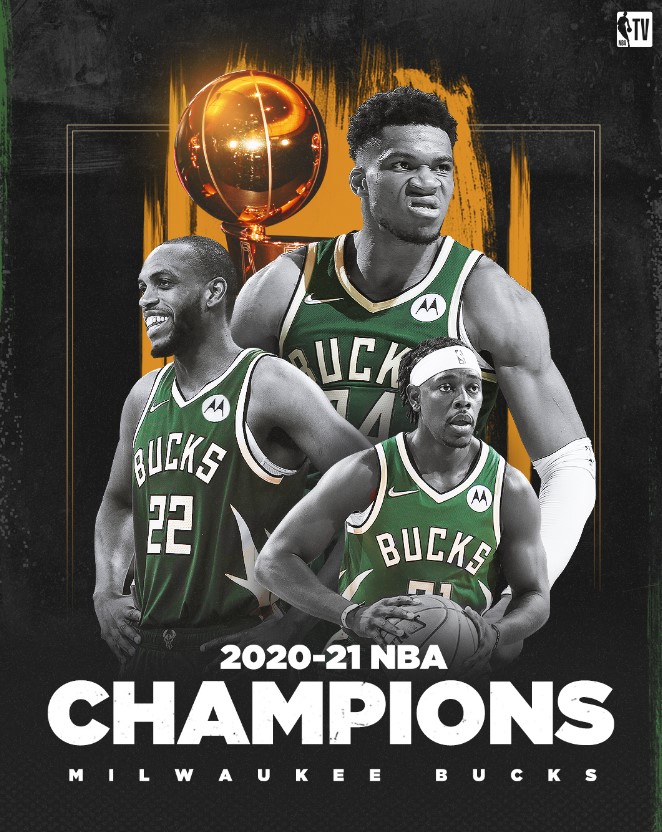 The NBA has a new champion. The Milwaukee Bucks pulled out a tough 105-98 victory over the Phoenix Suns in Game 6 on Tuesday night to win their first title in 50 years. The Bucks fell behind 2-0 in the series, but they never gave up. Instead, they dug deep and won four straight games to lay claim to the Larry O’Brien Trophy.

As he has all postseason, Giannis Antetokounmpo led the way for the Bucks in Game 6. The two-time MVP finished the game with one of the most impressive stat lines in NBA Finals history — 50 points, 14 rebounds, and five blocks. As a result of his production throughout the series, Antetokounmpo was named NBA Finals MVP. Giannis obviously also got some help in the closeout game. Khris Middleton dropped 17 points, and Bobby Portis added 16 points off of the bench.

As for Phoenix, well, they had a great run, but ultimately they just didn’t have enough to get it done. Chris Paul paced the Suns with 26 points and five assists in Game 6, but two wins away are as close as Paul will get to becoming an NBA champion, for now. The Suns will now enter the summer facing some questions, while the city of Milwaukee will have to figure out its parade plans. But, before heading into the offseason, let’s take a look at four key takeaways from Milwaukee’s Game 6 victory over Phoenix.