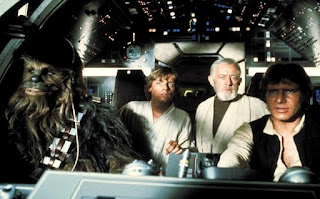 Two of the largest cities of America are in dispute about who will host the Museum of George Lucas. For a decade the director of Star Wars was trying to …
create a museum to house his vast personal collection, which includes 40,000 paintings, pictures and objects, which are associated with the epic space film series.
However, legal obstacles and other difficulties undermine his efforts. After several false starts, Lucas and his artistic team have announced that they will decide later this month whether to create the museum in San Francisco – in an area next to the sea which is very similar to the property in which is located the Opera Î£ÏŠÎ´Î½ÎµÏŠ or Los Angeles, a plan that has caused rivalry in the state of California.
The prize is big and the two cities they really want.
“It is the greatest gift for a city in the history of America,” said the mayor of Los Angeles Eric Î“ÎºÎ±ÏÏ„ÏƒÎ­Ï„Î¹ the Associated Press.
“I think that Los Angeles is the natural home for that,” he added, but the perception of this question with passion the officials of San Francisco.
The “Lucas Museum of Narrative Art”, as it is called, promises hundreds of jobs and a high profile attraction – and essentially free. The creator of the Star Wars self-finance the project and plans to spend over 1 billion. $ . for the construction of the museum, will equip and will provide collection of works of art worth over 400 million. $ .
Along with the Chinese architect Ma Yansong, George Lucas has proposed an elegant, futuristic design that looks like a combination of the Museum Guggenheim of New York and galactic Starfighter.
The bold design and the idea to make it clear that the 72-year-old director, sees the Museum as a place of heritage and is becoming more and more impatient to lead the way.
“It’s not only a huge charitable donation to the city and the world, but it is a unique museum in the way that you envisioned it,” said Don ÎœÏ€Î±Ï„ÏƒÎ¹Î³ÎºÎ±Î»Î¿ÏÏ€Î¹, an art historian, whom Lucas hired as the founding president of the Museum.
The museum is not as many assume a repository for the memorabilia of Star Wars, but it shows that Lucas spent a part of the estate acquired by the cinema, and that his interest in art extends beyond the movies.
An avid collector for more than 40 years, Lucas gives the museum about 10,000 paintings and illustrations, including dozens of works of Norman Î¡ÏŒÎºÎ³Î¿Ï…ÎµÎ»Ï‚, the French impressionist Council Degas and the modern American artist, Keith Herring.
The museum will be hosted about 30,000 exhibits related to films, such as storyboards and costumes from the film “The Wizard of Oz”, “Casablanca”, and of course Star Wars.
Source