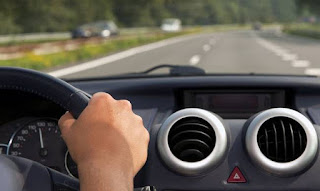 The continuous adjustment of the volume of the radio and the repeated admonitions for the way of driving…
are two of the easiest ways to infuriate the passenger of a vehicle driver, according to a new british poll.
39% of 2,000 drivers surveyed stated that they love it when the co-driver it’s constantly changing the sound on the radio or in the player of their car, while 38% that a passenger who constantly says “be careful” can get them out of their clothes. Third most annoying habit is the nerve “chugging” of passengers when they think that the car is moving very fast.
The poll showed that 25% of drivers very frustrating to “hits the brakes” the shotgun by pushing with a force of his foot on the floor in front of him.
With these and with these, comes as no surprise the fact that one in 20 drivers admit that they stopped at the edge of the road and pulled the passenger out before they reach their destination.
In terms of who is the worst co-drivers, the mantle keep the spouses, 30% of which admitted they have an opinion (and express it) for driving his/her partner every time they get in the car. The poll was carried out by the company providing car insurance 1st Central.
Source