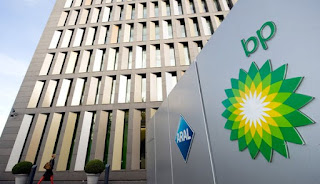 The oil company BP announced today that its headquarters will remain in the United Kingdom despite the vote of the…
Britain in favour of withdrawal from the European Union.
“It is too early to understand the impact of the decision in-depth and uncertainty never helps a business like ours,” announced BP. “However, we do not expect at present to have a significant impact on the activities or investments of BP in Great Britain and mainland Europe, nor the relocation of the headquarters of us or of our staff,” added the company.
Source