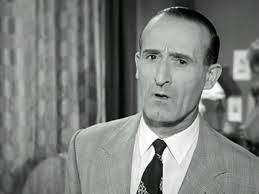 Nikos Stavridis young artist yet, looking for a job in the theater. They gave him the opportunity to make a number with the… Koula Giuseppe in the theatre “Eden” of Theseus, but was a failure. He was distraught and became excessive. Disappointed, he took a bottle of ouzo and went up to the Acropolis, to commit suicide. Drunk as he was, though, he forgot why he went to the Sacred Rock, and so the suicide has been postponed indefinitely. Nikos Stavridis was born in Vathi of Samos, in 1910.His childhood years were spent working in the grocery store of his father, while later he became assistant to a shadow puppeteer and assistant engineer projection. In 1928 he came to Athens. Worked in a warehouse of material of war to the Piraeus, where they put boots by size. Pay enough barely for a plate of food. In Piraeus, take a daily walk. A show that I happened to attend the theatre, “Eden”, with the B. Avlonitis, was enough to convince him to deal with the musical theater. 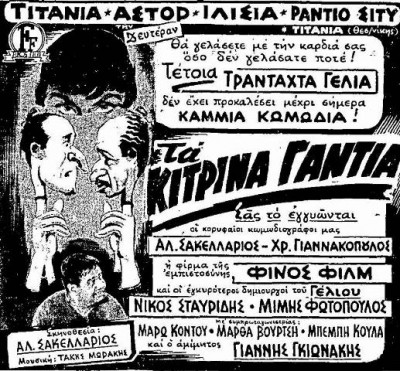 The next year, convinced me of his talent, made his first appearance on the stage, together with Avlonitis in the play “Fiddle”. He continued his appearances in operetta, vaudeville and the revue. Quickly loved by the audience and has established itself as one of the best comedians of the music scene. In the 1940s, he began to establish his own theatre and to work with great colleagues. Elapsed the period of 1954-55, during which he founded together with Takis Miliadis and Nana Skiada the troupe “Greek Music Comedy”. At the same time, he played for the first time on the big screen in 1950, in the film of Nikos Î¤ÏƒÎ¹Ï†ÏŒÏÎ¿Ï…, “Come to uncle,” and continued to appear in movies of the same, as “The belle of Athens”, “poverty wants a good time”, “poor people and Rich people”.
With the Hybrid Rose. 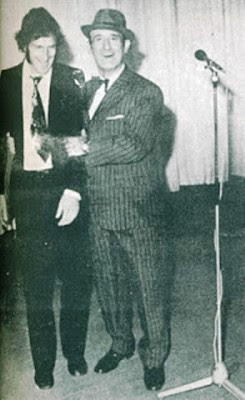 Nikos Stavridis was a fanatic Olympiakos. Was never absent from the platforms of the stage C. Karaiskakis and make sure it says something about his favorite team, during a performance. When he came to Greece Yves Triantafyllos, kept shouting Yves-Yves, which was the relevant cue of the time. Once the player went to the theater to watch him, the Stavridis him up on stage. He died at the age of 77 on December 12, 1987….
Source