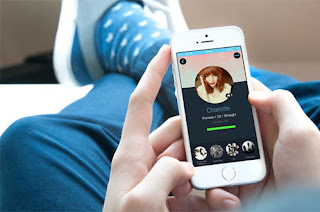 Increase of sexually transmitted diseases (STDS) cause the apps dating, in accordance with the …
British society for Sexual Health and HIV. Something like this could have disastrous consequences, warn the scientists.
According to the director of Sector Public Health organization AIDS Healthcare Foundation, Whitney Engeran-Cordova, the apps dating mobile are changing the sexual landscape, making the casual sex just as easy to order a pizza and this is not devoid of impact, the experts argue.
The apps dating are contributing to the spread of sexually transmitted diseases, facilitating the switching of sexual partners, as well as the faster the switching, the more likely it is to become infected.
“If a lot of people is rapidly changing sexual partners and suffering from sexually transmitted diseases, for which he receives treatment, may happen explosion in cases of HIV/AIDS infection in the heterosexual population. The apps can do that,” said the representative of the British association of Sexual Health & HIV (BASHH), dr Peter Greenhouse.
The most recent epidemiological data of the agency Public Health England (PHE), uk ministry of Health, show that in 2014 there was an increase in England by 33% in the cases of syphilis and 19% of the reported cases of gonorrhea (gonorrhea).
The same trend have been and the details of american health organisations, who see the outbreaks of diseases such as syphilis, gonorrhea and the HIV/AIDS infection to grow unexpectedly fast pace.
Although these increases could be due to various reasons, experts on both sides of the Atlantic believe that they play a role in the applications of dating for the smartphones.
“The apps need to invest more time to promote the message of safe sex,” said dr. Greenhouse.
Many creators of such apps argue that they are promoting sex with precautions, while some include the status of the user information for sexually transmitted diseases from which they suffer.
However, according to dr. Greenhouse, that even so, there are risks for the sexual health of their users.
Source