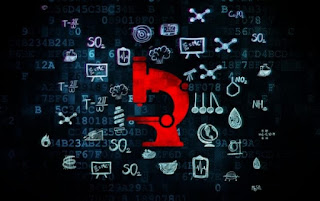 The leading american scientific journal “Science”, such as…
done every year, published the Top 10 science internationally, which includes the most important discoveries.
This year,as reported by the onmed.gr, the leading scientific achievement was the powerful technique of gene editing CRISPR. Although the method of CRISPR-Cas9 in fact I discovered this year, as it has “age” for approximately three years, but in 2015, who showed the impressive potential to interfere with the DNA in a more precise manner than any other technique up to now.
The method has already caused concerns in the scientific community, as well as in April this year chinese researchers, headed by the biologist Î“Î¹Î¿Ï…Î½Î³Î¹Î¿Ï Huang, announced first that they proceeded to deliberate genetic modification of human embryo.
H top ten according to the onmed, to be completed by the following discoveries and achievements:
– The reading of the genome of the age of 8,500 years of Human ÎšÎ­Î½ÎµÎ³Î¿Ï…Î¹Îº in the USA, which confirms that the first Americans are of asian origin.
– The big research has revealed that the majority of psychological studies cannot be reproduced (verified) by other scientists, a fact that reduces their credibility.
– The enlargement of the human family with the discovery in South Africa of Homo naledi, a new type of human that comes to be added in the genus Homo.
– The confirmation -via “tomography” of seismic waves – that the columns of magma that reach the Earth’s surface, have the “root” at the core of our planet.
– The discovery of the first vaccine for the Ebola virus
– The genetic modification of a fungus in order to produce opioids (removing no longer the exclusivity of the opium poppy).
– The discovery that the lymphatic system does not stop in the throat, but extends to the brain, acting as a “drain” that cleans it of waste.
– The confirmation of the mysterious phenomenon of quantum Î´Î¹ÎµÎ¼Ï€Î»Î¿ÎºÎ®Ï‚ (or quantum entanglement, where two objects, e.x. particles, Î±Î»Î»Î·Î»ÎµÏ€Î·ÏÎµÎ¬Î¶Î¿Î½Ï„Î±Î¹ instantaneously from great distances.