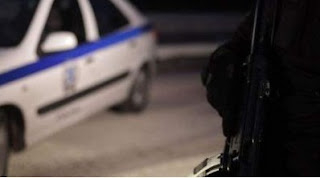 Handcuffs wore a 24-year-old in Heraklion because it was in possession of weapons and narcotic substances…
Cops stopped for Ï„ÏÎ¿Ï‡Î¿Î½Î¿Î¼Î¹ÎºÏŒ control the 24-year-old, who was moving with the machine in the city of Heraklion, when they found that this man tried to get rid of two packages, which contained 100 cartridges, casting them to the ground.
In the investigation that followed in the house of the arrested person, were found three pistols, 26 rounds of various types and calibers, a magazine warship firing rifle and a small quantity of cannabis
Source