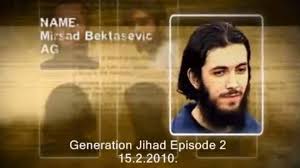 “The friend who we were traveling with we had met in Sweden a mosque…
We have the same interests and mainly unites us in the faith in God. But I can’t figure out how it is possible to hold two knives. I thought you are a democratic state. Keep me because of my past. I don’t have to say anything else. Either we were or who we talked about in Greece. I don’t deny that I wanted to go to Turkey for tourism”
This is what the Ï„Î¶Î¹Ï‡Î±Î½Ï„Î¹ÏƒÏ„Î®Ï‚ of al – Qaeda, the judge has occurred in order to get a deadline for tomorrow. It was not at all cooperative in the to reveal how it arrived in Greece and especially for the contacts that he had in our country while is a mystery for the authorities, the 24-hour period that remained in Thessaloniki before they leave on a bus with his friend to Alexandroupolis.
However, the Authorities have managed a while ago to open up their mobile phones and the first data show registered contacts with people abroad. Registered these contacts are a few there appears to be no Greek names, but there are several Turkish names. Interesting, however, shows the fact that the two individuals have been deleted from the device of mobile your recent conversations. According to experts, this does not mean that the authorities will discover them just need more time.