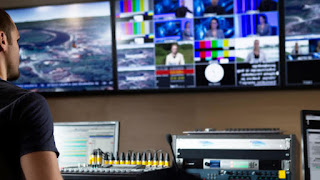 The owners of Television Stations appealed to the Council of State asking to be addressed as the…
judicial power and not be forced to submit to electronic statements occupying. The Homeowners Association of Television Stations of National Range (Î•Î™Î¤Î—Î£Î•Î•), in particular, the action brought calls from the Coe a preliminary injunction which suspended the obligation of submission of declarations of occupying the states (and for all the managers and equity managers), until the decision of the Plenary of the Supreme Court of Cassation on the appeal of the five judicial Associations.
Additional calls may not submit any declarations of financial status and economic interests of the members of the Î•Î™Î¤Î—Î£Î•Î• .
The applicant refers primarily to the legal arguments put forward by the judicial Associations, the unconstitutionality, in contrast to the European Convention on Human Rights (ECHR), etc. Claims, in particular, is subject to an imminent risk of leakage of data that you will submit electronically by the members of the audit committee, excluding the president who is a former officer of the court,
Even recalls the decision of the Data Protection Authority imposed a fine of 150,000 euros to the General Secretariat of Information Systems for the leakage of personal data of almost all taxpayers in Greece.
It should be noted that next Sunday, 15 January 2017 is the deadline for the submission of statements of financial condition (occupying) in electronic form.
Source