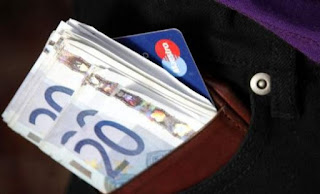 Faced with the seizure of money from his bank are now many taxpayers who have debts to the State…
Yes, the seizures of the accounts that have been made, exceed 428.000.
Indicative of the situation is the numbers of seizures per TAX office in the period January â€“ April, as it recorded the First Point and the ÎšÏ‰ÏƒÏ„Î·Ï‚ Î Î»Î¬Î½Ï„Î¶Î¿Ï‚.
The champions of tax on foreclosures
Z’ Thessaloniki 16.288 seizures
IRS Mytilene to 15,000 seizures
TAX office of Katerini 12.993 seizures
IRS Ioannina 12.935 seizures
IRS Serres 12.334 seizures
TAX office of Patras 12.300 seizures
TAX office of Glyfada 11.963 seizures
TAX office of Alexandroupoli 11.755 seizures
IRS Sparta 9.784 seizures
IRS Corinth 5.124 seizures
How will you save the attachment
The forced collection from the irs can be avoided, as long as the taxpayers are to proceed in the following movements:
A statement by the special application of the taxisnet of the Î±ÎºÎ±Ï„Î¬ÏƒÏ‡ÎµÏ„Î¿Ï… bank account. The citizen will just have to indicate the IBAN and automatically the irs will inform the bank. In this way, citizens have the unbridled limit of 1,250 eur in this account.
If the citizen has many different accounts in one or more banks to distribute to these accounts amounts to 50 euro. The law provides that bank accounts can’t be utilised balance up to 50 euros, regardless of the amount of the debt.
Regulation of debts of over 500 euro. And in this case via taxisnet the relevant application for membership in the set of 12 doses.
Adjustment of debts even if they are not overdue. To do this the citizen must go to the tax office and to submit a relevant application.
Source