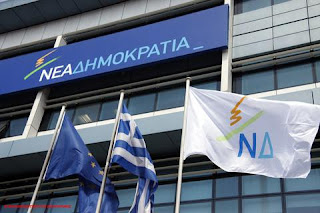 It is very convenient while extremely flesh for the systemic MEDIA to advertise how great a participation the election of the SOUTHWEST. And at the same time to make analysis what is the meaning of this participation, arguing that it reflects the yearning of the modern Greek for an alternative to the government and other such clever pyo does not endorse nor small children.
Do you want to learn but because he had a great participation of the ÎµÎºÎ»Î¿Î³Î¹ÎºÎ·Î±Î½Î±Î¼Î­Ï„ÏÎ·ÏƒÎ· of the new democracy? For economic reasons. The fund of the party that wants to govern that way, too-scared-is not just less, but spidey sense!
With the assistance of three euros paid for each of the 400,000 voters, gathered 1.2 million, of which 700 thousand will go to the Vodafone. If the polls Ï€ÏÎ¿ÏƒÎµÎ¯ÏÏ‡Î¿Î½Ï„Î¿ less than 234.000 voters, the costs of not going out! So they put the connections and tied up to vote, why Vodafone is not like the banks that handed out thalassodaneia, sort of a mooching inventory, to the parties. The company would like the money…
Source