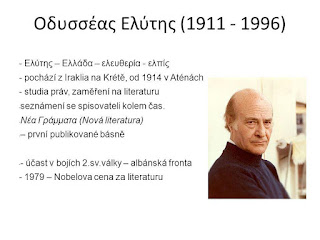 SYRIZA is the party that initially gave me hope, which, however, deprived or tempered during a very…
(it is a matter of interpretation), in the course of a single (or half in many) year . Hope this addressed at three levels, and missed – he failed in almost everything.
A. Gave hope in Greece (the Greeks) and that was good, but became evil. An oxymoron indeed, but that’s the way it is, because the hope he offered was inexpensive. I mean, it was a hope, which not was founded on logic, but on emotion and was devoid of toil. Rested almost exclusively on the mistakes of the global system, in the timeless laws of Greece, but it didn’t fix the wrongs in the country, on the contrary, the amplified and removed her from the harsh reality. No longer the party that, by many it is financial, tax and class the hardest, the most unfair party of power as today, and the greatest exponent of and enforcer of the system that complained.
B. When it came to power gave hope to the refugees and migrants and the deprived in many respects thereafter. The arrival of SYRIZA in Greece, gave the refugees an escape route to the best, at least then. The refugees and not only, most were (and are) easier to come in Greece, because the country became more “friendly” to them, but the same and the smuggled migrants. The immigrant and the refugee are not identical concepts, and the refugee needs to be more priority – protection. This attitude and at the same time the intensification of the war in Syria, has drawn about a hundred extra than they used to be in the number of people on the east and Africa. A vast number, which no longer was capable of not to handle Greece, but the whole of Europe, after complaining. Now started affecting the attendance of refugee versus immigrant, because due to increased demand, became more accurate, with more downmarket into more and more dangerous the transition in Greece. Increased partly so, and the deaths in the Aegean, since the immigrants to attempt their escape to a better life, assimilated with the refugees. But the refugee as most vulnerable, typically using the cheapest means and the most extreme conditions of transition, since it is in greater need of it – the despair of the immigrant. The expectations of the refugees and migrants were not approved, certainly to the extent that they ÎµÎ½Î­Î¼ÎµÎ½Î±Î½ and go constantly for the worse with the creation of a hotspot, and basically not integrated socially.
C. Gave initially hope, and in other European countries and peoples. Hope that the people can react, but at the same time set aside this hope in the worst way, not so much because he didn’t make it, yes, hamper the living conditions of the Greeks, but that it involved the hope that’s offered with the irresponsibility, the utopia (the lie) and superficiality. So, made this (hope) vain. The a posteriori false hopes, it’s probably best to never existed in the first place.
If all this was done deliberately (by design according to some) or due to incompetence, irresponsibility, superficiality, is not easy to establish, does not rest on the present (not the goal), but the result is a given.
Source