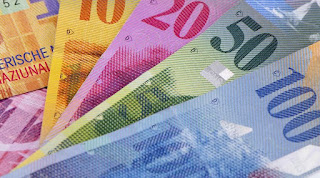 The richest per capita country in 2011, Switzerland, recently announced that the refugees will seek asylum will be self-financed, you’ll have to pay to the state personal items of a value of 1,000 swiss francs with the aim to participate in the maintenance.
At the same time, the federal government of Switzerland has decided to vote next June, a law, according to which every Swiss citizen, no matter if it works or not, will take the national salary, which will amount to the sum of 2,500 swiss francs a month (2.253 million).
This is the first country in the world that will vote a law for a national wage, a law that is based on a proposal of a group of intellectuals and it receives the acceptance, both of the left-wing and right-wing political parties.
The federal government has decided to act on the proposal of the intellectuals, after the relevant poll, conducted by the Demoscope Institute, showed that the majority of the Swiss will not stop working or seeking work, because of the payment of the national wage. In particular, according to the poll, only 2% of respondents replied that it will cease to work, if you will take the national salary, while 8% said that this will depend on the particular circumstances.
The plan for the payment of national wage to all Swiss citizens is expected to cost the government 208 billion swiss francs a year (187 billion. euro) and the federal government is studying, and the payment of the sum of 625 swiss francs, (563 euro) per month to each child.