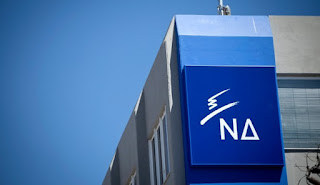 Announcement on the occasion of the evening incidents in the Exarchia district issued the Press Office of the SOUTHWEST by pointing out that…
“mr Tsipras said that “the crime is not a matter of topical” denied”.
The SW stresses that “once again, the so-called by the Secretary of state “collectives of Exarchia” they any concept of a well-governed state, unleashing attacks against platoon of MATT and interrupting for several hours, traffic in the street Patissia”.
In accordance with the SOUTHWEST once again, the claim by mr Tsipras in the Parliament – in response to a question from the president of New Democracy, Kyriakos Mitsotakis – that “the crime is not a matter of topical”, “contradicted in practice”, while as noted “it turns out the indifference of the government in regard to everyday problems, and the inability to meet basic obligations such as security of citizens”.
“The New Republic reiterates that, as tomorrow’s government, it has in its priorities the respect of law and order, the suppression of lawlessness and crime”, concludes the announcement of the Press Office of the party of the opposition.