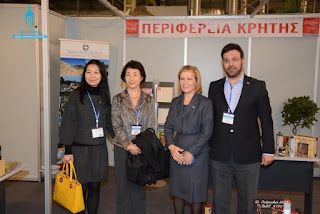 The Cretan quality products made in the 3rd exhibition of food-drink “tetley’s beer 2016,” which was held at the Olympic Fencing Center at the former airport of Elliniko. The Region of Crete has participated with its own stand in the exhibition which was visited by more than 40,000 consumers, professionals, importers and exporters.
The objective of the “tetley’s beer 2016”, with the participation of 300 exhibitors, the promotion of Greek products to the consuming public, and to promote them in wholesale trade and in retail trade in the Greek and international market.
The Region of Crete was represented by the vice governor of Crete on issues of Primary Sector Theano Î’ÏÎ­Î½Ï„Î¶Î¿Ï… – Î£ÎºÎ¿ÏÎ´Î±Î»Î¬ÎºÎ· who welcomed the promotion of Cretan products.
In the kiosk of Crete raised mainly products such as olive oil, herbs, honey, olives, cheeses, rusks, special weight was given to the presentation of-view of the Cretan Diet through parallel actions, which framed the report with a strong element of experiential experience, wine-tasting and wine-tasting by a distinguished chef.
Specifically, with excellent success and a large participation was held the 1st National Cooking Contest in partnership with the Chefs Club of Crete where, with the participation of Lefteris Lazarou and the valuable assistance of the Chef’s Club of Crete are cooked to the guests unique dishes with traditional Cretan recipes.
Important was the presence and the Development Association of Women Entrepreneurs in Crete, who participated in the exhibition with the support of the Region of Crete.
In the exhibition were also organised workshops with the collaboration of Greek and foreign Commerce, while the Hellenic-Chinese Chamber of commerce at a special event held for the Greek products and the commercial attachÃ© of the people’s Republic of China ca. Joe along with 10 Chinese importers of food visited the kiosk of the Region of Crete and expressed their interest for the Cretan products. 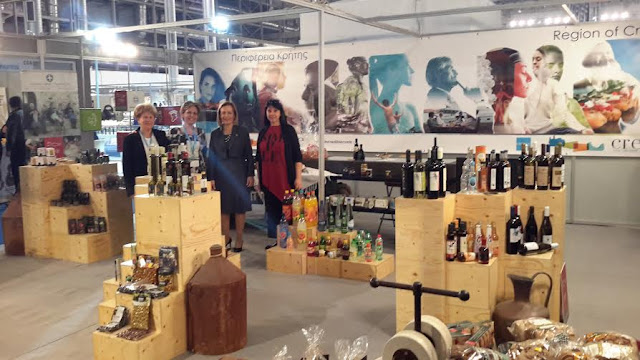 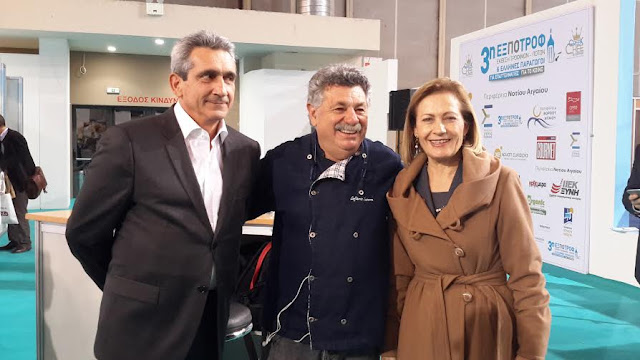 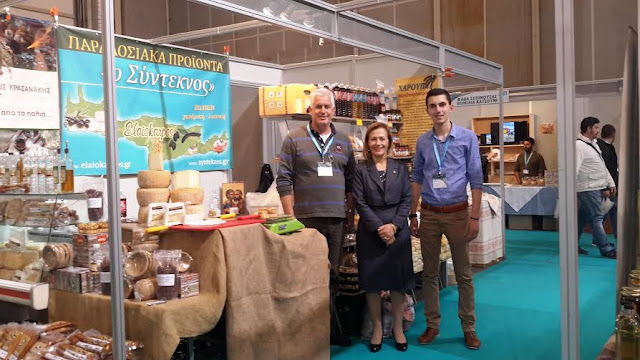 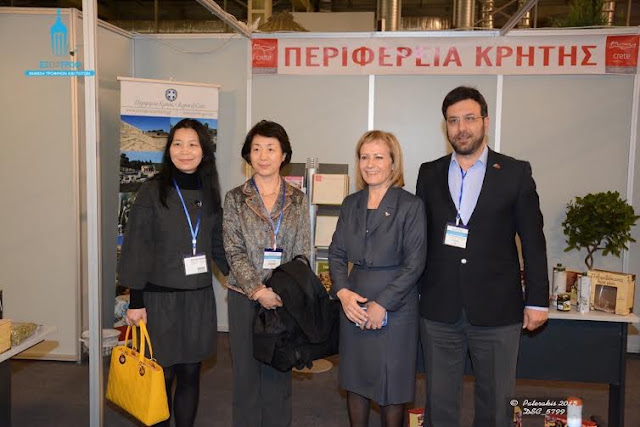