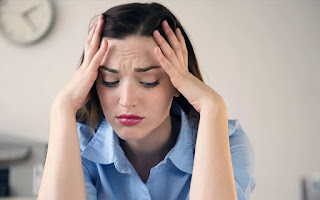 Good news! The belief that stress cut years from our lives seem to being demolished by new research…
Investigation that lasted decades, from the Oxford University and the University of New South Wales, discovered that stress and unhappiness does not have a direct effect on the duration of life.
Professor Sir Richard Peto, said that the concerns are not killing us. The behavior that is causing the concern would be adversely affect-such as the drink and the cigarette.
The new research published in the Lancet, and was conducted in 720.000 people since 1996, he discovered a relationship between those who died and the stress. But when the researchers adjusted the data for lifestyle, the relationship disappeared.
Therefore, the investigation implies that the stress and unhappiness does not kill. Some surveys go further and report that stress is even beneficial. Follow 5 of these theories.
Helps memory
There are several studies that indicate that stress hormones are associated with the learning ability and consolidate the information.
When kept at a reasonable level (on high it can lead to depression and low fatigue) cortisol may be helpful for the brain to improve short-term memory to complete a task.
In experiments in mice, in 2013, researchers at the University of California, Berkeley, have discovered that some stressful events led to the rodents to generate more neurons. They also discovered that the memory of a mouse was improved 2 weeks after a stressful event, but not after 2 days.
With regard to the survival, the proliferation of nerve cells does not help immediately after the stress because it takes time for the cells to become mature functional neurons.
However, in the normal environment, when acute stress happens on a regular basis keeps you in alert animals and they are more in tune with the environment and with what is indeed a threat.
Prevents us from Î½Î¿ÏƒÎ®ÏƒÎ¿Ï…Î¼Îµ from the flu
Stress can give us an extended period of defence against the diseases.
It seems that we are stressed about something makes the immune system be aware that you may need his help to overcome our nervous. Yet were taught that the stress before the vaccination could mean that we are better protected.
2012 survey by the Stanford Institute for Immunity, Transplantation, and Infection, took blood from mice before and after stressful events. After the last samples, it appeared that huge amounts of immune cells were mobilized, having released from the adrenal glands.
Dr Firdaus Dhabhar, said that we should not have the immune system at a high level of alertness always. Nature uses the brain, the body can better diagnose a challenge, in order to send the signal to the rest of the body by directing the release of stress hormones.
Without them, a lion couldn’t kill, or an antelope to escape.
It gives us motivation
A little stress can be a trigger for the sense of urgency that is needed to ensure that a job has been done. If we assume that we are working beyond our capabilities stress also can help us to be more efficient and creative.
It depends on how we see, notes Dr. Kerry McGonigal of Stanford University. With the will, previous negative emotions can become something else.
If we can see the stress differently we can change and the effect it has on us, he said.
You don’t need to do therapy for 20 years. Key is to change the way we think about stress. If we embrace it, we can transform fear into courage, loneliness to connection, and the pain in a sense.
Make smarter kids
The common belief is that pregnant women who experience stress they put on weight in the baby and that this is bad.
Research 2006 by the Bloomberg School of Public Health, discovered that the light stress of the mother may help the child to mature more quickly.
Of the children tested, those mothers who had stress in pregnancy had greater motor and developmental skills at age 2 years compared with those who had been quiet mothers.
The researcher Dr Janet A DiPietro, said that the findings should provide relief to mothers who experience normal anxiety and stress-which are common in the modern way of life. Women can stop worrying that their emotional state is harming the fetus.
Us hardens
All of the children who have gone through the trials of the school know that a little panic can be a teacher and it happens in adults. The positive stress-the first day on the job, or the emergence of the public – is an example of a stress that acts for the best, probably leading us to avoid mistakes and not take dangerous risks.
Even moderate stress seemed to be good. 2012 survey on 2,400 people carried out by psychologists at the University of Buffalo, discovered that those who had faced negative experiences they had adapted better than those who not had experienced.
Source