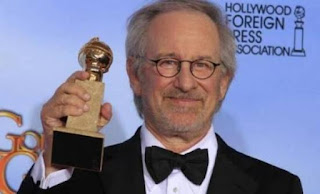 Steven Spielberg, maybe it’s one of the most respected and powerful members of the community of Hollywood and statements took place in the conflict that has broken out on the “white” Oscar.
Speaking to the Hollywood Reporter the three-time Oscar-winning director has expressed “surprise” at the fact that the “Straight Outta Compton” is not a candidate in the category best film, and Idris Elba claims to be the Oscar of a second male role for the film Beasts of No Nation. He also criticized the organization for the answer given that “we are receiving votes from the members of the Academy who have paid their dues and they might have retired now.”
“I’m a huge supporter of the Oscars,” says Spielberg, “I was surprised with some of the people who have not been proposed. I was surprised with the exclusion of the Idris. I think that was the best performance by an actor and should be nominated for the award of a second male role. I’ve seen the movie Straight Outta Compt, together with my wife, and shocked us. I was surprised when I saw that is not in the nominations”.