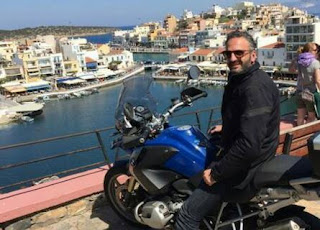 The days pass slowly and painfully for his family… Kostas Î›ÎµÎ¿Î½Ï„Î±ÏÎ¬ÎºÎ·, 35Ï‡ÏÎ¿Î½Î¿Ï… police officer and athlete of the volleyball, who, in early September, within a few seconds he saw his life changes.
The 35-year-old police officer who was in a car accident on the coastal of Heraklion, three months later, remains a patient in the Neurosurgery Clinic, in stable condition, but without the health to show some particular improvement. The gentlemen and his friends are on the side of the family 35Ï‡ÏÎ¿Î½Î¿Ï…, hoping to become the “click” and the Costas to make it. But at the same time take action, organizing a volleyball game in order to support the family of a police officer.
On 10 January the team of volleyball of the OFI, in which he was struggling Kostas Î›ÎµÎ¿Î½Ï„Î±ÏÎ¬ÎºÎ·Ï‚ until the 4th of September will be found in the field in the context of a friendly match with a team formed by friends of the Costas. The proceeds from the sponsors and the tickets will be donated to the family of 35Ï‡ÏÎ¿Î½Î¿Ï… a police officer.
Source