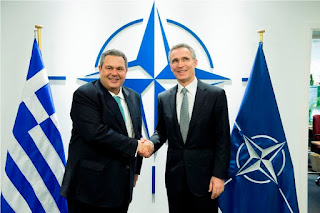 Read the statements: “Today is a day of mourning for the Greek people, for the…
nation, for the Armed Forces of the country.
Greek Officers, in peace time, entered the pantheon of heroes, performing their service, their duty, the oath they gave when they joined the Armed Forces. Fell fighting for the safety of all of us.
We’re all broken and there are no words to say to their families.
The Ministry of National Defense, the Government, the entire political world, the Greek people, the thought of all of us, it is in these families that lost their loved ones. Will be next to them.
So, to them, the heroes I want to dedicate this deal, which is essentially completely changes things with regard to the issue of immigration.
With tough negotiations in the last 24 hours, in collaboration with Germany, but also with other countries members of NATO, we have the agreement of all the member countries of NATO in an agreement that will definitely solve the issue of immigration.
Greece, until now, has paid very, very expensive – and in the midst of economic crisis – the migration. Disproportionate to the other countries of Europe and of NATO.
The decision, first of all, ensure that the nato forces which will be developed in the Aegean and the coastline of Turkey will ensure that those migrants apprehended will go straight back to Turkey.
It is perfectly clear from the joint statement, that the purpose of this power is to stop the criminal activities of those who smuggle people. Until now, we paid with the loss of 10,000 children, with thousands of dead.
The second is that from all the partners in full respect of national sovereignty and borders. It is quite clear that the forces that will participate in the nato group, the Turkey will operate only within Turkish waters and the Turkish airspace and Greece within the Greek waters and Greek airspace.
It is still very important that fully guarantee the investigation and the rescue and recognised the sovereignty of Greece over this.
In the second phase, the countries members of NATO who are also members of the European Union, with this decision, begin to motivate and Frontex, in order instead of trying to the Greek islands to operate longer in the border of Turkey, after the conversion of the Frontex-European Border patrol, which requires a political decision.
I want to particularly thank the permanent representative to NATO, General, military and diplomatic personnel, for all the difficult negotiations that concluded successfully.
I firmly believe that today’s decision closes a chapter which Greece paid a very, very expensive, the capital of illegal immigration.
Thank you very much”. 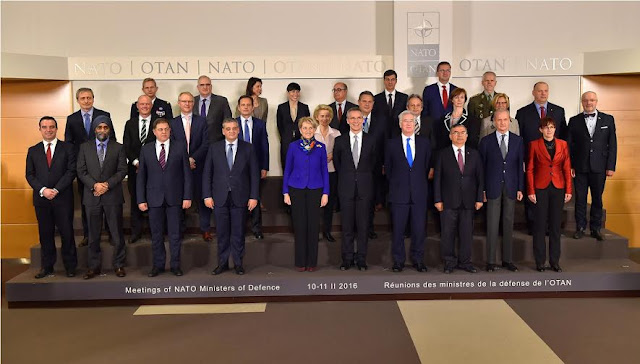