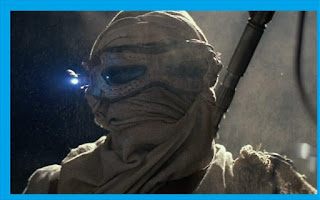 Following in the footsteps of the great collection of success and…
Î´Î¹Î¸Ï…ÏÎ±Î¼Î²Î¹ÎºÏŽÎ½ critics abroad, the ultimate cinematic phenomenon of Lucasfilm, “Star Wars: The Force Awakens”, notes record ticket and in Greece.
In particular, the film that started airing in the Greek halls on the Eve of Christmas will make history as the best opening movie in the Weekend of Christmas, as gathered in the first four-day viewing more than 137.000 tickets nationwide network circuit (a total of 163 rooms).

It is the second-best opening Weekend for 2015, the second best opening film of Disney of the past five years in our country, and the best opening movie “Star Wars” of all time, both in our country and abroad.
In accordance with the latest official figures, the “Star Wars: The Force Awakens” became the first movie arrived quickly and exceeded in revenue to a billion dollars worldwide, in just the first twelve days of display.