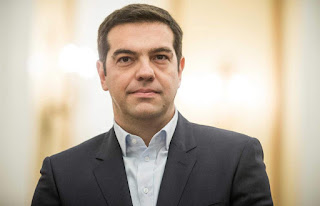 “Tried and tested success recipes…
abroad are out of line for the financing of the real economy in Greece,” said Alexis Tsipras in the event of the National Bank.
As the prime minister said, the program Act4Greece of the National Bank is a model and estimated that will help in the transition from the crisis to the rebirth of hope.
Referring to the next steps of the government, he noted, inter alia, that promoted the creation of a stable tax system.
Source