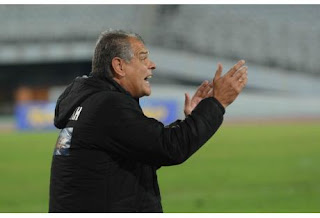 After the defeat against Ergotelis, the coach of the Î Î±Î½Î±Ï‡Î±ÏŠÎºÎ®Ï‚, Dimitris Spanos, said: “Congratulations to the team of Ergotelis, because…
gave me the push in the second half and got the victory.
We came with absences and we couldn’t hold out. We did it in the first half to get ahead, but in the second part of the fatigue of children and the forced changes they did to us, we don’t have a good image, and fatal to the defeat. I have no complaints from the kids that stayed in the group. I got a complaint from some of the guys who left. I’ve been saying that I’ll go. Came the heads and I was told to all stay together until Christmas and to pull the boat as much as we can. I heard after that they did appeal. They made fun of me and I have to say.
There are worse things than us in economics. Today I saw the Ergotelis with a roster of 24-25 players to be in the mood to play and to fight. Some people, and one of them I’m in, we put ourselves down from the team.
Some of the others they have put themselves and the financial over the team. It is their right, but I have to tell you about the history of the group. Congratulations to Ergotelis and we thank him for the hospitality. If we’re in the same spot in the second round, something that is difficult, we will try to reciprocate.
There is no question of dissolution of the Î Î±Î½Î±Ï‡Î±Î¹ÎºÎ®Ï‚. Will continue to exist. Will be signings and the team will continue.My complaint I said that in comparison with the team of Ergotelis.
She’s got the same problems, but remains connected. We came with 15 Ï€Î¿Î´Î¿Ï†Î±Î¹ÏÎ¹ÏƒÏ„Î­Ï‚. Could the players to wait until 15 December. The players took money last week and they took the next”.
Source