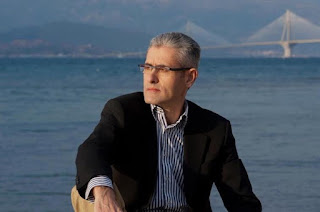 Angelos Î¤ÏƒÎ¹Î³ÎºÏÎ®, Lawyer â€“ Professor Of Criminology
At significantly higher levels compared with the EU as a whole is the percentage of the population of Greece which is located either in…
risk of poverty or in situation of social exclusion, namely living with material deprivation or living in households with low work intensity.
According to the data of the sample Survey on Income and Living Conditions of Households available by the ELSTAT, the percentage stood at 34.6% in, corresponding to a 3.795.100 people, and is higher than in other EU countries (EU-28: 25,1%), with the exception of Bulgaria (49,3%), Romania (41,7%) and Latvia (36,6%).
Others, however, indicators of relative poverty lead to similar conclusions with regard to the dimensions of the phenomenon in our country, and the relative position of Greece compared to other EU countries.
In accordance with the Bank of Greece, the gap or depth of relative poverty, which measures the distance to the poverty threshold (for the total population) from the median of the equivalent income of persons below the poverty threshold, as a percentage of the poverty threshold, estimated at 29,9% in Greece (EU-28: 24,1%).
This means that 50% of the poor have an income of less than 70.1% of the line of poverty, i.e. below 4,000 euros per year per person. In addition, the population living in households in which no working no member of or working less than 3 months total of the year amounts to 1.010.900 people or 16.1% of the population aged 18-59.
As is apparent from the available evidence, all indicators of the risk of relative poverty have increased significantly for Greece during the years of the current economic crisis.
However, extremely more dramatic is the deterioration of poverty indicators in the period of current crisis, in absolute terms, ie. when the line of poverty remains a timeless constant in terms of real purchasing power.
In this gloomy environment, the Church and many anonymous fellow citizens our offer silently their help and save every day a lot of our fellow human beings.
However, the State must do its duty and shoulder the responsibility allocated to them, in order to create a safety net for those who have a real need… and there are many!