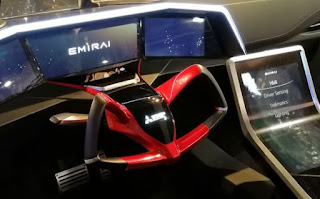 The continuous interface and the digital facilities for the passengers have put a fire in the drawing rooms. Large touch screens, finer-airplane type seats, extensive …
glass surfaces, cameras instead of mirrors, steering wheels reminiscent of the controls of an aeroplane or the ones that keep the drivers in Formula 1, a minimalistic approach and create an even more friendly for the driver and passengers environment (use). This is what the inside of the passenger vehicles in a few years, if we take into account the various prototypes presented in the reports car.
Only at CES, as the technology exhibition, the emphasis is in part related to the interconnection and the provision of digital facilities for all passengers. The prospect of we are everywhere and always connected -to a large extent feasible, and today – is influencing the thinking of designers who see the cabin of the car as a place where everyone has to pass the time, since probably even the one who sits in the driver’s seat (as long as this there will be the traditional form, i.e. with pedals and something like a steering wheel) will not have much to do. 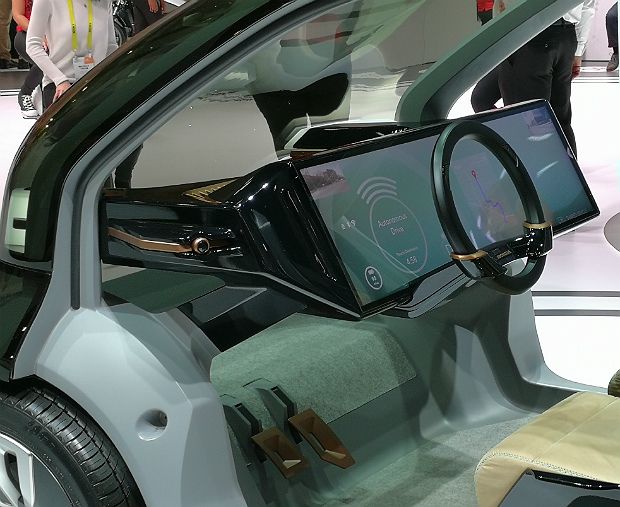 The automation, the autonomous driving, the interface creates a new car environment. The continuous flow of information from the car, the road and the surrounding vehicles on the road use of wireless high-speed networks and the use of technologies that simplify the interaction, the handling and the communication (voice contact, recognition of motion and maybe a second time understanding of the emotional and physical condition of the occupants) will change as shown drastically the picture that we have today, opening the door of our car. 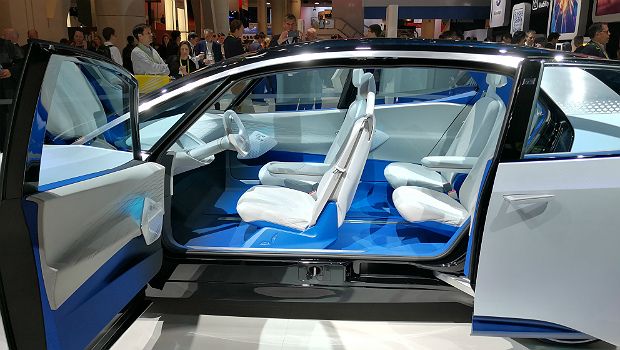 Of course, as you said, and someone more familiar with the area of the car, from the drawing board of the most ambitious designer to implementation and the production line involved a lot of â€˜butâ€™ and â€˜ifâ€™, but the trend is leading to it and even expressed this year in Las Vegas from several major automotive, such as BMW, VW, Mercedes, Toyota, Hyundai, Mitsubishi. For the time being, large touch screens mounted on the center console, we are already seeing in high-end models, while color screens are replacing progressively analogue instrument panels, and even in the small and medium-sized. 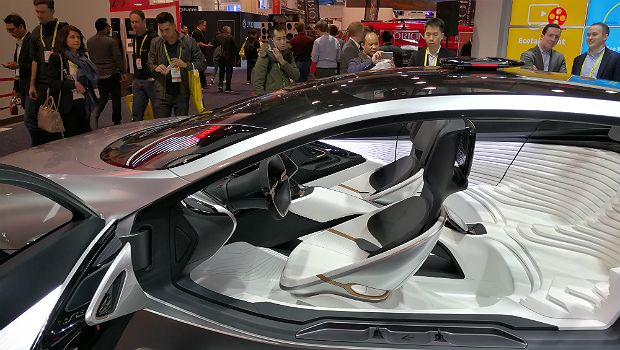 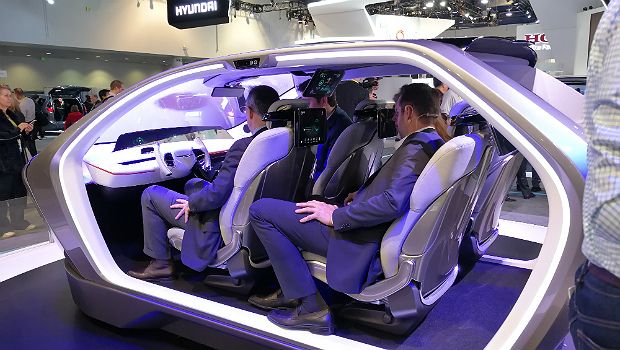