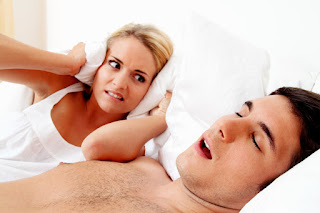 Snoring has been linked by numerous studies with various diseases. Earlier research of Hungarian scientists found that there is…
an inextricable link between snoring and risk for the cardiovascular system, while american scientists have pointed out that the snoring and the apnea of the sleep associated with cognitive disorders and Alzheimer’s.
A new study by scientists from the university of New Wales in Australia dealt with whether there is associated snoring and sleep apnea with the lesions in the brain.
They studied 13 patients who had severe sleep apnea to see their brain function.
The magnetic and the Ï†Î±ÏƒÎ¼Î±Ï„Î¿Î³ÏÎ±Ï†Î¯ÎµÏ‚ which were submitted showed that there was a drop of oxygen in their brains from the continuous interruptions of their breathing than snoring and the syndrome of sleep apnea.
As noted by the researchers, this influence significantly and negatively the functioning of the brain. They stressed that it is much more serious to show one drop of oxygenation to the brain during sleep than when awake.
Scientists have reported that this is the first time it is found that the transient episodes of hypoxia cause hazardous lesions in the brain, with the risk of any long-term effects, which in fact, it is even more alarming in children, as well as caused problems in psychomotor development.
Source