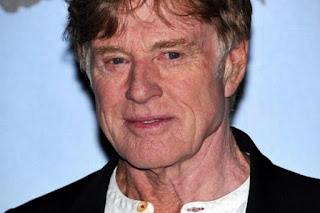 Robert Redford is alive and in good health, said today the… head of public relations of the American actor, featuring “sick prank” on the news posted on Twitter, stating that the actor’s western “Butch Cassidy and the Sundance Kid,” died .
Twitter was flooded very quickly with posts that this house were paying tribute to Redford, after posting a tweet, allegedly posted by the british network Sky News, which reported that the 79Ï‡ÏÎ¿Î½Î¿Ï‚ actress died when she fell from a golf cart in the town of Santa Monica in southern California.
The same television network in the past has made posts that made reason for the deaths of other celebrities, who have proven to be false.
“This is a sick prank. I talked with him and there isn’t a shred of truth in it,” said Cindy Berger, publicist, of Redford, noting how the famous actor and director is home and in good health.
In nearly 15 minutes, during which the false news spread on Twitter, users with posts were to express their grief, calling Redford, among others, “idol” and an “extremely handsome man at the time.”
There has not been any comment from the same Redford who does not have a Twitter account, nor Instagram.