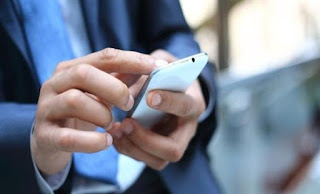 You are experiencing a problem with the battery of your mobile on your iPhone or your Android? You are not the only ones as the battery life is one of the main problems of those who have smartphones. Here are a few things you need to know about the battery of your mobile.
1. Need to charge my phone when the Ï€ÏÏ‰Ï„Î¿Ï€Î¬ÏÏ‰ it?
No. The older types of batteries nickel cadmium, they had a “memory effect” which meant that the batteries had a capacity function on the basis of how much they were charged and discharged. For this reason, cell phones were the instructions for charging for many hours before first use. However, with modern lithium-ion batteries, most agree that there is no such reason and the batteries have the same effect. A smartphone can work normally as soon as you take it out of the box without the need of in advance charge.
2. The life of the battery will deteriorate with time?
Yes, the battery gets worse over time. The modern lithium-ion batteries are designed to withstand a certain number of “cycles” – a full use of the battery. As mentioned by Apple: “You can use 75% of the battery in the day and then charge fully during the night. If you use 25% the next day, it will have fulfilled a total of 100% in two days, resulting in a charging cycle. The battery life varies between different devices, but typically have between 300 and 500 full cycles before reaching 70% of their initial capacity – equivalent to a couple of years of use”.
3. Maybe I’ll leave my cell phone charging destroys the battery of my smartphone?
Not usually, no. There were perceptions that the charging of the cell throughout the duration of the night can cause the battery to deteriorate due to the fact that it takes more power than what it needs. Modern battery systems, but they know how to “reduce” the power so that it receives all it needs and not hurt her. An exception is the very hot conditions. The heat damages the lithium ions, reducing their performance.
4. I have to wait so that my battery will be completely discharged until the charge or I can do it earlier?
No, in fact you can do the opposite. The modern lithium-ion batteries do not earn anything from emptying completely, and the large charging cycles is actually worse than the short loads. To charge your battery to 50% in accordance with your battery it’s better than the charge when it empties completely.
5. Disabling the Wi-Fi and Bluetooth improves battery life this? What about the function in flight?
The Wi-Fi and Bluetooth do not spend as much battery as they used to do before. You can also activate the flight mode, if you don’t need cell signal, thus saving battery. And if you can connect to Wi-Fi to the you prefer as well as using 4G or 3G running out of battery much faster than using Wi-Fi.
6. How else can I “save” the battery?
There are many things that can be done to reduce the battery that the phone uses so that she can maintain for a longer period of time and deteriorate more slowly.
Among these is the following:
â€¢ Lowering the brightness of the screen
â€¢ By disabling the property, and the apps in the background applications that you don’t need. Not closing the apps you don’t use and leave them idle, in fact, consume more battery.
â€¢ Disable notifications for email, Twitter and Facebook