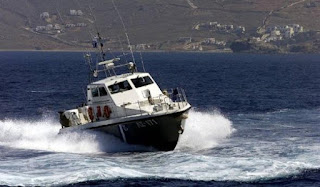 The bodies of six migrants picked up in the morning ,from the sea area of… verde Leek of Samos, the crew of a vessel of the Coast guard the Hellenic coast Guard. As stated in the ana-MPA, according to estimates of officers of the Coast guard, the bodies reportedly from an old shipwreck of a vessel carrying migrants.