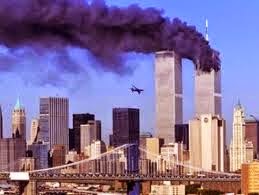 What is the identity of the employee…
that fell from the Towers capturing the tragic impasse in a picture â€“ symbol…
“It was left in the hands of God? Or he was afraid of the end that awaited him down there?”. Suspended in the air, just as the silhouette of the man in the photo, there remains the question of Gwendolyn ÎœÏ€ÏÎ¬Î¹Î»Î¹. 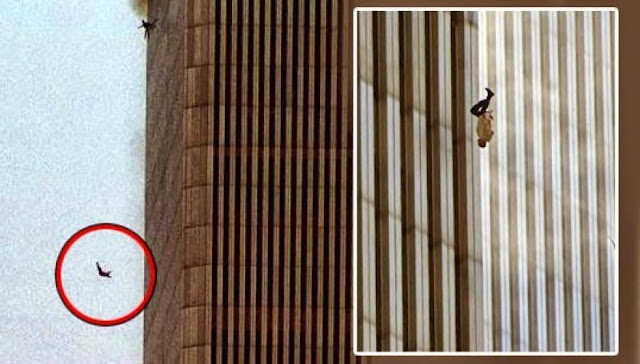 The only thing you have to remember the last moments of her brother Jonathan ÎœÏ€ÏÎ¬Î¹Î»Î¹ is this photo, which, according to the same portraying him as it falls from one of the two flaming towers of the World Trade Center, New York. The photographer of Associated Press, Richard Andrew who took it, the morning of September 11, 2001 was near the Twin Towers for a fashion shoot.
No one can confirm that the dark this profile of the man who falls with his head towards the bottom belonging to Jonathan ÎœÏ€ÏÎ¬Î¹Î»Î¹, an employee of the restaurant that was housed in the 106Î¿ floor, at the top of the North Tower. That tragic day the people who chose to die falling in the void was at least two hundred. The relatives of Jonathan is convinced that the man in the photo is the one of the man.
For the rest, it doesn’t matter as the identity of the as much as the fact that it was the symbol of a tragic freedom. Whatever he was thinking, his act was an extreme act of opposition to the murderous frenzy of the terrorists â€“ you guys are killing me, but I will choose how I will die.
“The man who falls”, reported the “News”, was converted into a banner, was a film and even a novel (by Don ÎÏ„ÎµÎ»Î¯Î»Î¿). However, the photos could be the symbol of the terrorist acts which inaugurated the third millennium is a lot of. One of them looks like it is staged by the same terrorists: the photo (or video) of the crash of the second aircraft on the second of the Twin Towers.
Many claim that the space of fifteen minutes that elapsed between the first and second impact was planned by the terrorists in order to be sure that the television media will immortalize the terrorist moment in all its inhuman glory. The objective of the terrorists was the second aircraft to be blown up on the screens of the entire planet. And so it was. The crash of the second aircraft was watched by two billion people.
The photo of the flaming Twin Towers might have been a ghoulish prize for Osama bin Laden continues to haunt the Americans. But they have their own photo-symbol: an upside down human figure suspended in the air and with a background of metallic vertical stripes that surrounded the skyscraper. As notes the newspaper “Repubblica”, the photo turned out to be a counterbalance to the fury of terrorists who redeemed the hurt looks and has stepped into the horror of millions of Americans.
Source