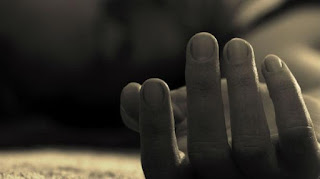 Overwhelmed is the local society of the new suicide that occurred today in Crete…
According to confirmed information of the cretapost yesterday afternoon, a 78 year-old has put an end to his life.
The information in the cretapost indicate that the unfortunate man took a shotgun and shot himself in the backyard of his house while the lifeless body of the found a relative of the person and notify the police and AMBULANCE.
The incident happened in the village of ÎšÎ±ÎºÏŒÏ€ÎµÏ„ÏÎ¿Ï‚ of the municipality of Platanias.
The point was found an ambulance of the AMBULANCE where he received the 78Ï‡ÏÎ¿Î½Î¿ and transported him to the hospital with the doctors to confirm the death.
Still have not made known the causes of the suicide and the incident is being investigated by the police authorities.