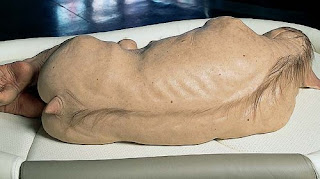 Over 150 embryos hybrid human-animal created by scientists in laboratories in Britain. The reason is…?
Finding cures for incurable diseases. But what we have makes us curious is that the specific hybrids were produced in secret, in the last years in the laboratories of the United Kingdom.
The issue has come to be known since there is a “moral” and “medical” purpose and there is no reason for experiments to be made without the knowledge of the world. Impression causes the answer given by the responsible professor Robin Lovell-Badge of the Medical Research Council’s National Institute for Medical Research: “The reason I made these experiments is to understand the early human development but also to find cures to serious diseases. As a scientist, I feel that there is a moral duty to continue this investigation.”
At present, this research has stopped due to a lack of financial resources, but the scientists involved with this are confident that the business will continue in the future.
The question is who and with what purpose they will take advantage of these “changes”? What effect will the Laws of Nature? How many of these experiments that occasionally washed up in the sea, or are unorthodox in deserts are fake, authentic, or “creations” of concrete or other scientists? The following video shows the greatest threat of the 21st century for humanity.