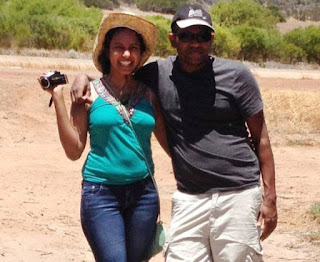 Faced with the category of a freaky Î­Î³ÎºÎ»Î·Î¼Î±Ï„Î¿Ï‚ is the…
doctor Chamari Liyanage. Accused of murdering husband Dinendra Athukorala with a hammer because he was afraid that I would reveal how they made love with a 17-year-old.
The prosecutors of the Supreme Court in western Australia claimed that the Dr Chamari Liyanage had tired of the dance requirements of her husband. At the hearing it was revealed that he proposed to come together sexually with other women.
“It got to a point where it was no longer willing to tolerate the behavior,” noted the prosecutor Nick Cogan. The teenager told the jury how he met the couple at a party in Sri Lanka 2014. He had met several times with them in their home. In fact he said the couple did hair removal on the legs. They made gifts to the 17-year-old until at some point the Dinendra Athukorala he fell to his knees and begged to get it.
The police arrived at the scene of the crime in Geraldton after the phone call the doctor in the emergency number that claims he can’t remember. They found Dinendra Athukorala in a pool of blood. The blood had splashed on the walls and the blinds. When asked what happened, the Chamari Liyanage told them that he did not know. She pleaded not guilty for the murder of her husband, with a trial expected to last for weeks.
Source