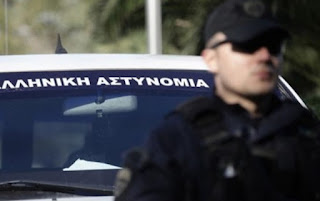 65-year-old man was found dead, shot with a hunting rifle, at 2: 30 in the afternoon, in Martino Fthiotida…
Already the officers of the Department of Security of Lamia, dealing with the case, have arrested a man, also 65 years old as a perpetrator of the murder.
This is the brother-in-law of the victim, the brother of his wife. The crime happened in a rural area of Martin close to the fold that keeps the perpetrator.
The murder weapon has been found and is in the hands of the police.
In accordance with information of the tvstar.en the shooter shot and killed his son-in-law because they had economic disputes for estates,
The unlucky man who came from Orchomenos, but lived for many years in Martin, he was transferred to the hospital of Livadeia, however, the doctors could no longer help him,
Informed the Police department of Viotia, where the information has arrived, and the officers of the Security Lamia that very quickly they arrested the killer.