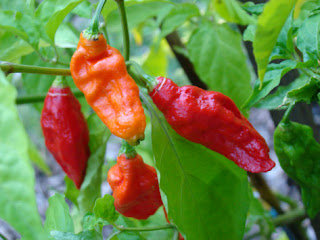 A 47-year-old from San Francisco, USA, who participated in one of the well-known and fools â€œcompetitive eatingâ€, he almost lost his life…
when a very hot pepper caused a hole in his esophagus.
The man ate a pepper called â€œbhut jolokiaâ€, which is also known as â€œpeppers ghostâ€. This is one of the hottest peppers in the world , twice as hot by the notorious pepper of the variety habanero, in accordance with a medical team headed by dr. Ann Arens from the Emergency department of the university hospital of California.
The 47-year-old was admitted to the hospital with severe pain in the abdomen and chest, after had intense nausea and vomiting after the consumption of a chili-ghost, according to the medical report published in The Journal of Emergency Medicine.
Was a ct scan and chest x-ray which revealed the existence of air around a portion of the esophagus, which showed the doctors that there was a perforation of the esophagus.
â€œThe patient Î´Î¹Î±ÏƒÏ‰Î»Î·Î½ÏŽÎ¸Î·ÎºÎµ and went immediately into surgery, where it was found he had a hole diameter of 2.5 cm into the esophagus,â€ reported the doctors. The point of the hole found scraps of food, which was none other than so much hot pepper.
The 47-year-old stayed in the hospital for 13 days, was fed only through a tube, while the discharge took after a total of 23 days of hospitalization!
The doctors have pointed out that a rupture of the esophagus is a highly lethal condition.