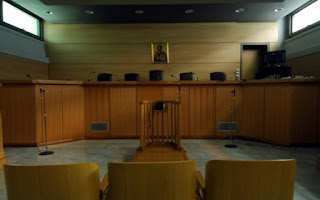 Macaroni, butter and biscuits they put her in trouble. The rigour of the law has run out and with the above in the case of a poor and weak woman which…
he stole to eat!
Dragged before the courts and sentenced to imprisonment for 4 months because she stole food for a value of 30 euro. It is an incredible fact that has shocked those in the know while caused heated discussions and questions among the lawyers after the law, huddled in the Courthouse Î²Î¿Î¿ÏÎ½, literally, for the case of my poor wife.
As he writes in the dete.gr, it all started around ten days ago, in the centre of Patras.
This Woman and mother of a small child has been left unemployed and has been abandoned by her husband.
Trying to survive alone without sources of revenue only the help of offer neighbours and some distant relatives. The day it all happened, well, obviously she couldn’t take the poverty and decided to commit the theft.
For many hours he was standing outside of supermarkets in the centre of Patras and he was begging with the child at hand. At some point I decided to get into the store. After a few minutes he came out but the alarm went off. The same had been hidden in the jacket of the certain foods. Macaroni, butter, biscuits. Apparently in desperation, he forgot that the alarm would go off and within minutes had fallen into the hands of the police.
The woman, who had fallen to his knees, crying, begging not to punish, led to the holding of safety, but remained in the office of the officer along with the child. Led to the Prosecutor and was referred to the Flagrant procedure for trial immediately.
And yes, don’t miss the lawyer’s voice, that said that we should, in spite of the undeniable offense, the case will be referred to later, and the wife be left free. Instead, he was led into the dock while free well-known currently, she a lawyer, offered to take over the defense.
Nevertheless, the court declared it guilty and imposed a sentence of imprisonment of 4 months, the higher mean sentence for theft of such a value (i.e. 30 euros) as explained to us, a lawyer.