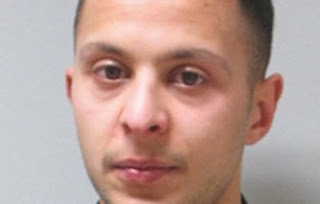 The only one still alive terrorist of the group of jihadists who committed the bloodiest attacks of the 13th November 2015 at the Paris…
the Salah Abdeslam, although still refuses to talk to the judicial authorities, turned in a letter to a woman who is sending him mail in prison, according to excerpts of the letter published today by the French newspaper Liberation.
The most guarded prisoner in France after his incarceration in a prison, on 27 April the Fleury-ÎœÎµÏÎ¿Î³ÎºÎ¯, south of Paris, is still refusing to talk to the judges. “However, in a letter, without date, which was entered in the case file on 11 October, shows for the first time to open up that’s enough”, writes LibÃ©ration, publishing in an area of some extracts from this letter, as it is unedited, with spelling mistakes.
The letter begins thus: “I write without knowing where to start, I have received all your letters and I can’t say if they thank me or not, what is certain is that allow me to spend some time with the outside world”.
“First of all, I’m not afraid of my escape, something for me, because I’m not ashamed for who I am and then what’s the worst that could be said from it already says that?” continues.
“You’re honest and that’s why I want to be, the reason why I want you to expressions of the intentions of this step is to make sure that you don’t love me like I was a star or an idol – because I get letters of this kind and I do not support this as the only one who deserves to be worshipped is Allah, the Lord of the universe”, it underlines.
According to the French newspaper, Abdeslam is the recipient of many letters. However, it has not responded to any other sender in addition to this woman, the most recent letter which was sent by the Kot-Î½Ï„’ÎŒÏ, in the west of France.
“I do not seek neither to elevate nor to cause quite a stir, all I want is change, I am a muslim, that is submissive to Allah (…) is that You? If you’re not hurry up to repent and to submit to Him. Don’t listen to the people, but more importantly, the words of your Lord. He will lead you”, also writes.
The seizure of the letter of this happened on the eve (11 October) of the day that the lawyers for Frank ÎœÏ€ÎµÏÏ„ÏŒÎ½ and Sven Marie announced that they can not undertake the defense of, ÎµÎ¼Ï€Î¿Î´Î¹Î¶ÏŒÎ¼ÎµÎ½Î¿Î¹ from the silence kept by the Abdeslam, leads to the Liberation.

NYT: They hired influencers to spread fake news about vaccines

Turkish analysts: “US bases in Greece show us their barrels”

The superfood that helps to lose weight!

Shipowner Laskaridis to donate the third vessel to the Hellenic Navy

UK: “Yes” on cruises since August

DW: “Turkey is provoking Cyprus because it is not afraid of EU Sanctions and the USA “

How is traveler nausea treated?

Voridis: The employee either returns vaccinated or decides to change job

Von der Leyen: We will never accept a two-state solution in Cyprus

Israel joins the US, UK, and EU in condemning Turkish provocations in Cyprus