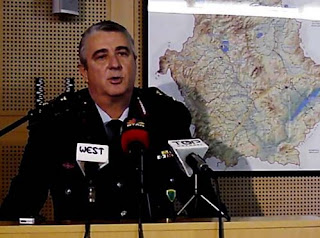 â€“ Î•Î¾Î¹Ï‡Î½Î¹Î¬ÏƒÎ¸Î·ÎºÎµ the homicide 37Ï‡ÏÎ¿Î½Î·Ï‚ that had vanished from the night of the last Saturday…
â€“ Was found yesterday buried in a field, in the area of Velvento
â€“ Police have arrested the 40-year-old husband of and at the expense of the formed prosecution, ÎºÎ±ÎºÎ¿Ï…ÏÎ³Î·Î¼Î±Ï„Î¹ÎºÎ¿Ï character, for first-degree murder
â€“ Full confirmation of all the information and the story of the KOZANILIFE.GR from the very first moment!
Completed yesterday, after a concerted and systematic investigations, the firm for the identification of 37Ï‡ÏÎ¿Î½Î·Ï‚, which had disappeared by the evening of the previous Sabbath, from the Velvento, Kozani, and was found yesterday afternoon, buried in a field, in the area of Velvento.
As it emerged it’s a homicide, with the offender 40-year-old national her husband, who was arrested and at the expense of the formed prosecution, ÎºÎ±ÎºÎ¿Ï…ÏÎ³Î·Î¼Î±Ï„Î¹ÎºÎ¿Ï character, for first-degree murder.
In particular, after a systematic research, carried out by officers of the Security Department of Kozani, in cooperation with officers of the Police Department of Servia, of the Department of Prosecution of Illegal Immigration Servia, of the Group of Prevention, Suppression of Crime (The.E.K.E.) Kozani, the sub-directorate for Criminal Investigations of Northern Greece, of the Office of Criminal Investigations of Kozani and the assistance of two police dogs of the Border Guard Department Under Kleinon Florina, and after you have been evaluated and used all the information, data and findings, which have arisen during the progress of the investigations, it emerged that the sequence of events that make up the criminal act.
In more detail, the 40-year-old reportedly fatally wounded by the hands of his wife, at their home in Velvento, after an altercation the night of the Sabbath (09-01-2016). Then she was transported to a field property, where it was buried.
In surveys for the detection of 37Ï‡ÏÎ¿Î½Î·Ï‚ assisted staff of the Fire Service of Servia and Kozani, the.M.A.K. Thessaloniki, as well as voluntary rescue teams of the Regional Unit of Kozani and region’s residents, under the supervision of the General Regional Police Directorate of Western Macedonia.
The preliminary investigation carried out by the Security Department, Kozani, while the arrested person, with the file that was formed against him, will be driven to mr public Prosecutor at first instance of Kozani.
See the video of the KOZANILIFE.GR with all of the press conference given by the Police department of Kozani to the MEDIA: