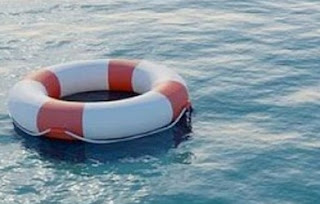 Their last bath in the sea today took two of our fellow human beings, who…
they left their last breath on the beaches of Western Crete, and with a few hours difference.
As he had written earlier in the Cretapost, the body of a man was spotted floating at noon on the beach of Kissamos, from the lifeguard who rushed to haul him out. As it was found then it is a 54-year-old from Athens, which the last time was in Crete for seasonal employment in order to increase his income. Unfortunately, however, unknown under which conditions was found floating dead in the sea. The body was transported in an ambulance of the AMBULANCE to the Hospital of Chania for the conduct of autopsy â€“ dissection.
The Holy Apostles
A few hours earlier and, more specifically, around 8 in the morning, on the beach of Agioi Apostoloi in Chania, was recovered from the sea without the senses of a 58-year-old man. The beach was directly ambulance the AMBULANCE that transported him to the Hospital of Chania, where the doctors found that the unlucky 58-year-old was already dead.
The circumstances of his death explores the Port Authority and in this case was ordered to undertake autopsy â€“ dissection.
Source