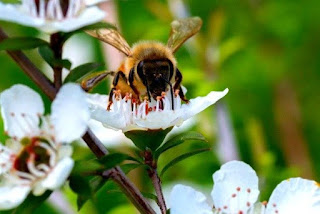 New research has discovered that a variety of Australian honey has the same, strong antibacterial properties, such as the…
premium version of the New Zealand Manuka.
With antibiotic resistance on the rise, researchers are turning to alternative ways to combat pathogenic bacteria. One of these products is Manuka honey â€“ the honey that comes from the flowering plant Manuka (leptospermo) from New Zealand. Of course, should not be prescribed expensive honey instead of antibiotics for an infection, although it is effective in the inhibition of bacterial growth on surfaces and possibly the skin.
However, the demand for Manuka honey continues to be much higher than the amount that the bees can produce â€“ only 1.700 tons (1.540 tons) of Manuka honey is produced a year in New Zealand, with over 10,000 tons (9.071 tonnes) sold as “genuine “Manuka honey. The researchers, led by Liz Harry of the University of Technology Sydney (UTS) have now shown that an Australian producer of honey,producing honey from the same trees Leptospermum, which have the same anti-bacterial properties and could help in meeting this huge demand. “These findings are available on the international radar at a time when resistance to antibiotics is recognised as a global crisis,” said one of the researchers, Nural Cokcetin, from the institute of ithree to the UTS. “All the honeys have different flavors and medicinal properties, depending on the flowers bees visit for nectar.” “What makes Manuka honey so special is the extremely high level of stable antibacterial action resulting from a natural union with the nectar of the Manuka Î»Î¿Ï…Î»Î¿ÏÎ´Î¹ÏŽÎ½.
Source