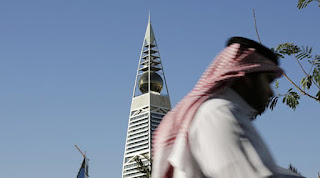 Omen with a hard austerity will make the once financially invulnerable Saudi Arabia is forced to… take drastic measures to give the “kiss of life” in the economy.
By the end of October, the International Monetary Fund had warned the government of Riyadh is on the verge of bankruptcy. Today the budget deficit in Saudi Arabia accounted for 15% of GDP. The harsh austerity measures as a means of fiscal consolidation of the member taken in a country that has managed to escape the risk of disturbance similar to those of the “arab spring”.
In order to respond to the unprecedented financial crisis affecting the country, following the retreat of international oil prices, Saudi Arabia announced an increase of up to 40% in the prices of fuel by abandoning the policy of low prices in water and electricity for at least the next five years.
The largest oil-producing country is also planning increases in VAT and taxes on soft drinks and tobacco. It is characteristic that the oil revenues were estimated at $ 119 billion this year, and we were almost 3/4 of the total revenue of the kingdom of Saudi Arabia. However, this amount is 23% lower than last year due to the decline of the international price of oil to levels below $ 40 per barrel.
The Ministry of Finance of Saudi Arabia is also planning spending cuts, privatisations, reforms and new taxes for 2016, so to “Î½Î¿Î¹ÎºÎ¿ÎºÏ…ÏÎ­ÏˆÎµÎ¹” the budget deficit. The reasons for the about 30 million people – that is the population of the country – will experience the policies of austerity are two:
1. The export of oil is the “locomotive” for the economy of Saudi Arabia with the price of the product to slide by 50%.
2. Spent huge amounts for the bombing of Yemen, for infrastructure projects such as the metro in the capital Riyadh (22 billion dollars) for social projects and the costs of the recent trips of those in power remain astronomical.
According to the IMF estimates, the budget deficit in Saudi Arabia will increase significantly in the next few years, while the price of oil is expected to remain at levels similar to the current until the end of the decade.
According to the agency “Bloomberg”, the member of the Riyadh delayed payments of contractors of huge infrastructure projects, in order to have enough liquidity.