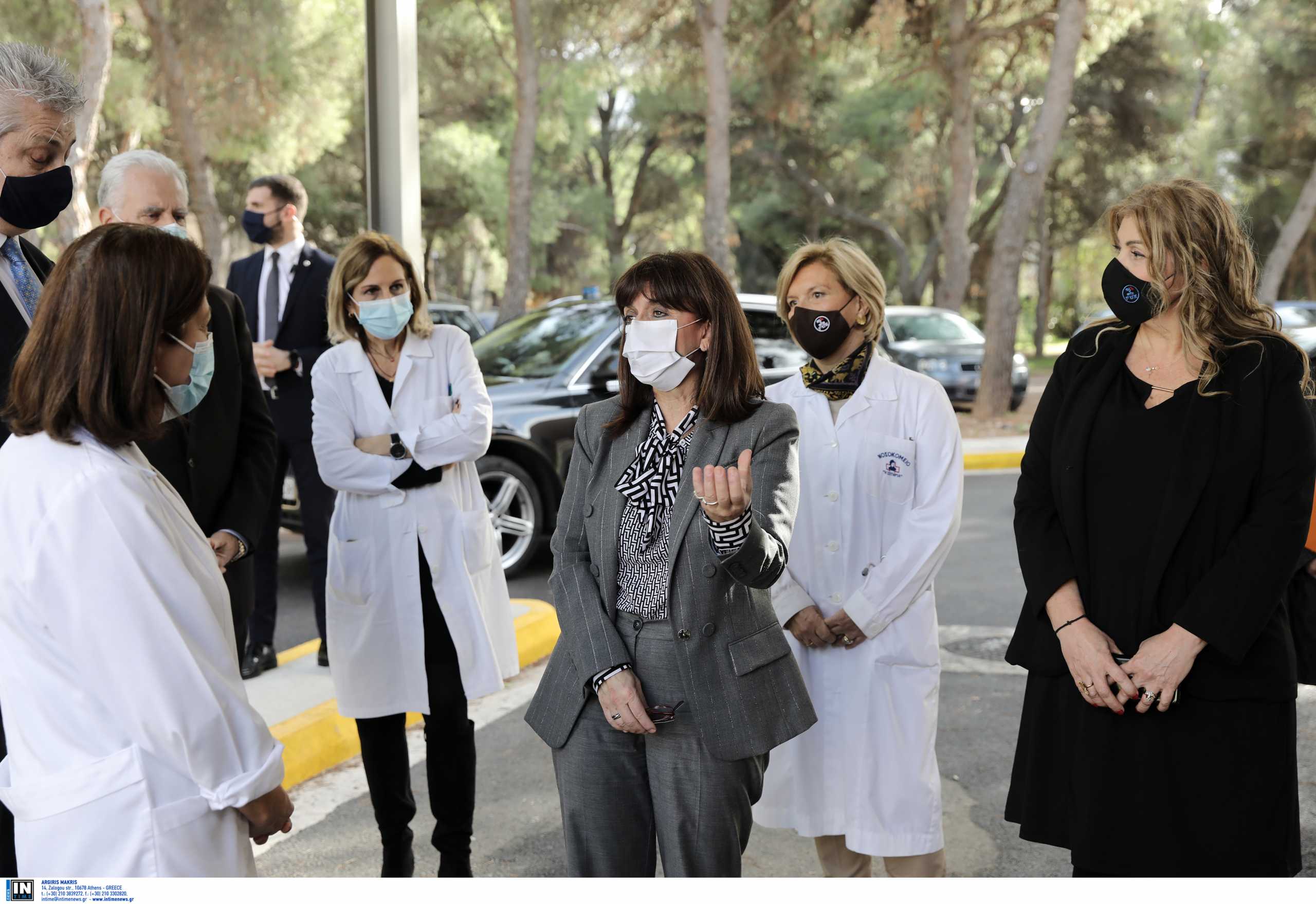 In a front-line hospital in the war against Covid-19, even under the conditions imposed by the koronoi pandemic, “Sotiria”, the President of the Republic was found earlier.
In detail, the President of the Republic during her visit to the hospital “Sotiria”, exchanged wishes with the medical and nursing staff, while she was welcomed to the Vaccination Center by the governor of the hospital Socrates Mitsiadis, the director of the 4th Pulmonary Clinic and president of the Scientific Council, Georgios Tsoukalas, the director of the 7th Pulmonary Clinic and president of the Central Health Council, Mina Gaga and the Director of the Nursing Service , Vaia Zagana, who took her out to the outside of the hospital.
Ms. Sakellaropoulou then went to the building of the Multi-Power ICU, which was created with a donation from the Greek Parliament, as well as to the Respiratory Deficiency Center, where she spoke with the directors and the head of nurses at the two Covid clinics and the two ICU located there.
Immediately afterwards and in his statement, he explained that “at the end of the year and on the eve of a new year I wanted to be in a hospital unit, in one of the cutting-edge units, in the hospital “Salvation”. I think that all the year that has passed and a part of the year that is coming belongs to these people, to the medical and nursing staff who have offered so much, who have helped so much in dealing with the adventure that the place and the whole world is going through. That’s why,” he concluded, “I wanted to be here, even on the conditions imposed by the pandemic. I saw the vaccination centre where the battle we are all fighting continues, as well as the unit which, by unanimous decision, the Greek Parliament gave to the hospital “Sotiria”, something very important, because it symbolizes – and I wanted to say it for the end of the year and the dawn of next year – that unity and unity is something that only good gives to this place and is also the strong point of the Greeks. So I am really happy to be here today, close to these people, who continue to fight and offer. May the new year, now especially after the arrival of the vaccine, be brighter for everyone,” concluded Ms. Sakellaropoulou.
SOURCE: RES-IPA